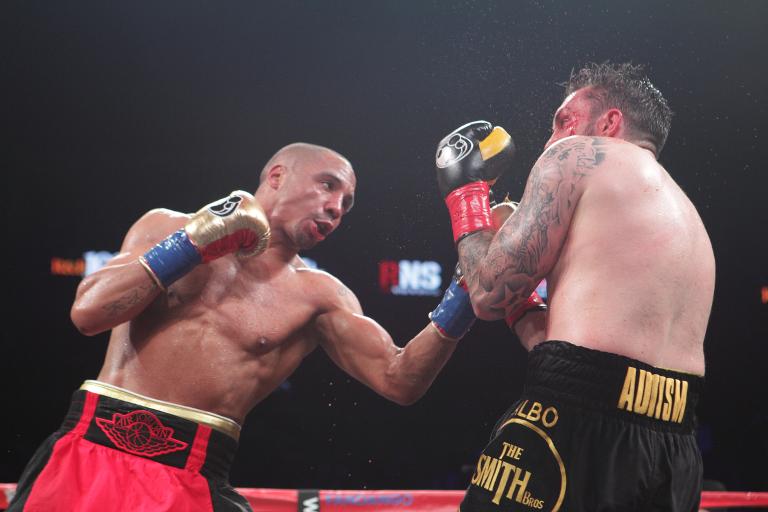 Ward, a gold medalist at the 2004 Olympics, gained prominence in 2011 with his victory in the Super Six Middleweight professional tournament.

But since then he had fought just twice before Saturday’s bout — most recently 19 months ago when he won a unanimous decision over Edwin Rodriguez in November of 2013.

Still, ring rust wasn’t an issue against Smith, who came into the bout after back-to-back defeats to Arthur Abraham in Germany and failed to make the agreed-upon catchweight for the fight of 172 pounds — coming in more than four pounds over the limit.

Ward out-classed Smith, whose corner threw in the towel after the Brit absorbed another punishing blow.

In another high-profile non-title bout on a busy night of boxing in north America, Shawn Porter survived a 12th-round knockdown to gain a unanimous 12-round decision over Adrien Broner in a battle of top welterweights in Las Vegas.