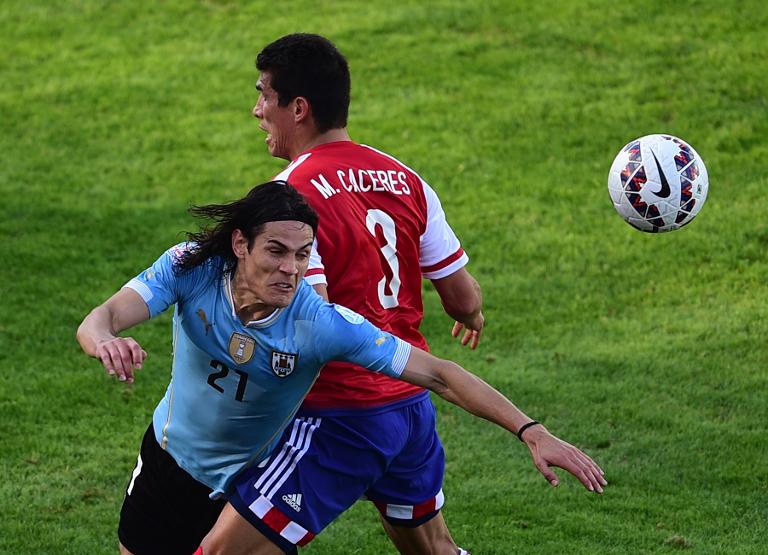 Holders Uruguay made sure of their place in the Copa America quarter-finals here Saturday after battling to a 1-1 draw with Paraguay in a rematch of the 2011 final.

Uruguay secured the point they needed to advance to the last eight from Group B after taking the lead through Jose Maria Gimenez before Paraguay equalised on the stroke of half-time with a goal from Lucas Barrios.

Paraguay were already guaranteed a place in the knockout rounds after results elsewhere on Friday, when Ecuador’s win over Mexico in Group A ensured they would qualify.

Uruguay, beaten by Argentina in their second match, took the lead after 29 minutes through Gimenez, who rose high to meet a corner from Carlos Sanchez with a powerful downward header.

But Paraguay hit back shortly before half-time with a set-piece goal of their own.

Mexico-based forward Edgar Benitez curled in an inviting corner and Barrios timed his run to perfection and outmuscled Gimenez to send a thumping header into the top corner.

The result leaves Paraguay with five points from three games in Group B. Argentina, who have four points from two games, can win the group later Saturday if they defeat minnow Jamaica in the day’s other game.