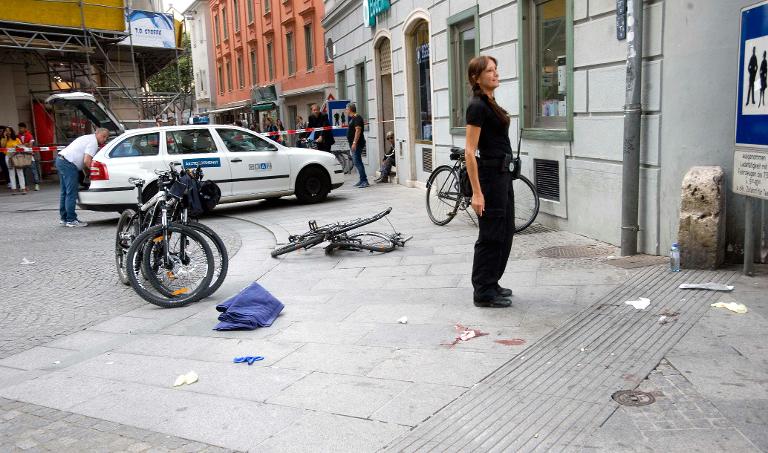 Three people including a four-year-old boy were killed and 34 others injured Saturday when a “mentally unbalanced” man drove a 4×4 into a pedestrian street thronging with shoppers in the southern Austrian city of Graz, police said.

Witnesses said the green SUV was travelling at over 100 kilometres (60 miles) per hour when it hurtled onto Herrengasse, one of the main shopping streets in the Alpine country’s second largest city, the local APA news agency reported.

The 26-year-old Austrian driver has been detained and described as a “mentally unbalanced” man, according to governor Hermann Schuetzenhoefer.

The other victims who died were a 24-year-old woman and a man, 28, and among the injured, six have been hospitalised in a critical condition, officials said.

“We can say clearly and without doubt that it is an isolated incident without political or extremist motivation,” he said.

During his rampage, the driver briefly got out of the vehicle wielding a knife and wounded two people before continuing on his course, the head of the investigation Kurt Kemeter said.

The suspect, a father of two, later gave himself up to police and showed no signs of being under the influence of alcohol or drugs, Kemeter added.

An initial investigation has revealed that the driver showed symptoms of “psychosis” and was known for “acts of violence”, which led to him being barred from the family home at the end of last month.

Austrian President Heinz Fischer said he was “deeply shocked” by the attack.

Shoppers described scenes of terror as the car ploughed into the pedestrian street, forcing passers-by to scramble out of harm’s way.

“People were screaming in panic and rushed into the stores to seek shelter,” said one woman at the scene.

The crashing of metal chairs on the terraces of cafes sounded like “a shootout”, she added.

Flowers and candles have been left in memory of the three who died near the scene, which has been closed off by police as the investigation continues, local media reported.

Meanwhile the director of the Graz hospital, Gernot Brunner, praised the quality of care given to the injured even before the emergency services arrived.

“I thank the many people, including several doctors, who found themselves at the scene and quickly intervened,” he said.

The incident took place as many medical workers had been assigned to the Austria Grand Prix Formula 1 qualifying test being held in the nearby town of Spielberg.