Things to remember while dating a feminist | Newsmobile
Wednesday, August 10, 2022

Home Lifestyle Things to remember while dating a feminist 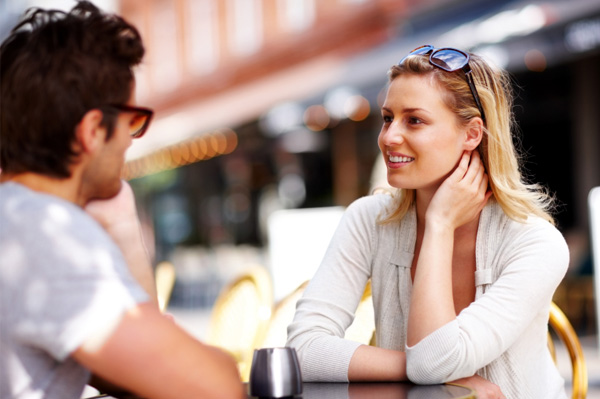 New Delhi: Â In case you have landed in a situation where you are attracted to or are dating a woman and recently discovered that she is a feminist, donâ€™t get your pants in a twist.Â

Contrary to the popular belief that feminists are strict disciplined army generals who are perpetually Â aiming their shotguns at men and protesting for women to be superior, they are actually not as bad as you may deem them to be.Â

Here is what you should keep in mind while wanting to or while dating a feminist.

Forget all sexist jokes:Â Keep the joke which you received from some distant chacha on whatsapp about housewives being a nuisance to yourself. Needless to say she will not find humour in jokes which are derogatory.Â

Your wallet will be happier:Â In case your gentleman game isnâ€™t very strong, dating a feminist will actually help you. You do not need to pull out chairs for her, or rush to open the doors. In fact, she may ask you to split the bill or pay it all herself. She doesnâ€™t feel that itâ€™s a manâ€™s job to pay for her expenses.

Skip the drama:Â You can also say goodbye to mixed signals or miscommunication. Feminists are very direct and will tell you what they feel. You will be skipping the crocodile tears because she will be upfront and tell you exactly whatever she feels.Â

Dispose the possessiveness:Â A definite no no while dating a feminist is trying to own her. Where some women would find jealous boyfriends endearing, you do not need to try to mark your territory like a dog because they do not want to and should not be treated like objects you own.Â

No grand gestures:Â Feminists are quite realistic and do not expect any overly dramatic ad romantic gestures like in the movies. They do not believe in knights in shining armours or damsels in distress, so there is no need for you to pull off a Rahul dancing in the rain with Anjali to no music like in Kuch Kuch Hota Hai.Â

Donâ€™t try to act macho:Â She doesnâ€™t expect you to save her whatever messes she gets into and definitely doesnâ€™t need a prince charming to save her. Another good thing about dating a feminist is she will not think that you are any less manly if you express your feelings or cry.Â

Enjoy the me time:Â Feminists wonâ€™t expect you to text them 24/7 about how you are doing and if you miss them. They require their own space which means you wonâ€™t be abandoning your jigri yaaras Â for her.Â

Respect her:Â She doesnâ€™t need to be treated like a princess but you need to respect her job and her decisions.Â

Donâ€™t expect second chances:Â If you donâ€™t treat her well, she wonâ€™t even think twice before leaving you. She wonâ€™t sugarcoat anything and wonâ€™t let you run over her, if you mess up, sheâ€™s gone.Â

Forget the preconceived notions:Â She wonâ€™t be throttling you while screaming for womenâ€™s rights. Sheâ€™s not the bold and serious person like you might think and sheâ€™ll always be down for some fun. She actually might make an amazing girlfriend if you think of her as an equal!