Home Sports Spieth and Reed hold firm at US Open 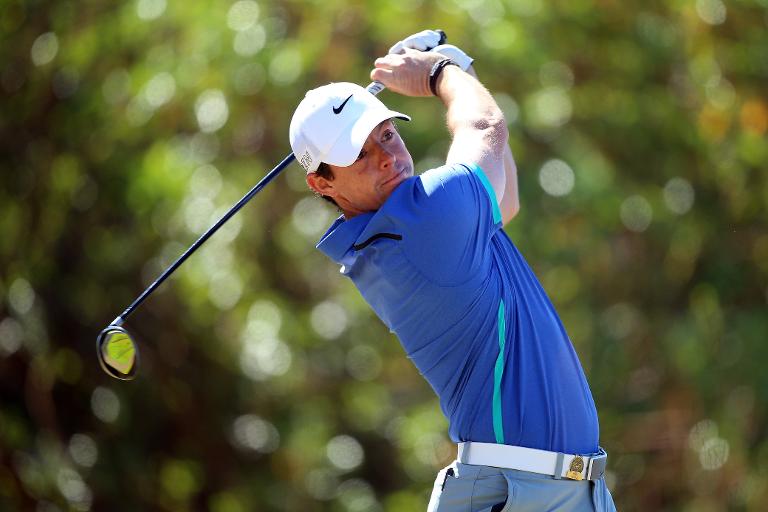 US Open joint leaders Jordan Spieth and Patrick Reed were primed to launch their third rounds at the US Open on Saturday after a morning when the chasing pack failed to reel them in.

The two young Texans were tied at five under for the tournament, one clear of the field, at the start of the day.

But with 20 players ranged within five shots of the lead, and with the dry Chambers Bay course playing treacherous under the hot sun, the variables were many.

World number one Rory McIlroy was among the first on the day to have a go at climbing up the leaderboard to get to Spieth and Reed.

But he missed a succession of short putts on the bumpy fescue grass greens that have drawn fierce criticism from most of the players all week.

The 26-year-old Northern Irishman had two early birdies to get to two over, but he could not improve on that and he came in with a par-70 that left him where he started the day, his hopes of a fifth major title badly dented.

There was worse for Phil Mickelson, the 45-year-old American crowd favourite seeking a first US Open title after six runner-up finishes.

He started the day at three over, but was immediately in trouble and things went from bad to worse as he slipped out to eight over after 12 holes, leaving him to all intents and purposes out of the running.

France’s Alexander Levy made a move up the leaderboard with a birdie at the first to get to two under as did Kevin Kisner.

Sign of the times, the two Texans leading the tournament – Spieth (21) and Reed (24) – are both younger than McIlroy, for long the boy wonder of world golf, who is now a clear and distant world number one following his wins last year in the British Open and PGA Championship.

Spieth in particular is seen as a real threat to McIlroy’s hegemony of world golf.

A win on Sunday would make him the first player since Tiger Woods in 2002 to win the Masters and the US Open in the same year, taking him halfway to the calendar-year Grand Slam, which no player has ever completed.

Spieth played one of the best rounds of the day on Friday, his morning 67 nudging him up the leaderboard as the afternoon wave of golfers struggled with the fiery conditions and came back to him.

A further stroke back from Reed and Spieth were joint first round leader Dustin Johnson of the United States, and South African Branden Grace.

Grouped on 137 were Joost Luiten of the Netherlands and American trio Tony Finau, Daniel Summerhays and Ben Martin.

There was attention too on Australian Jason Day, who collapsed with a bout of vertigo while playing the last hole of his second round on Friday and who needed treatment afterwards.

Day was in doubt throughout the day, but he finally took his place alongside Kisner in the early afternoon and blasted his opening drive 350 yards down the middle of the fairway.