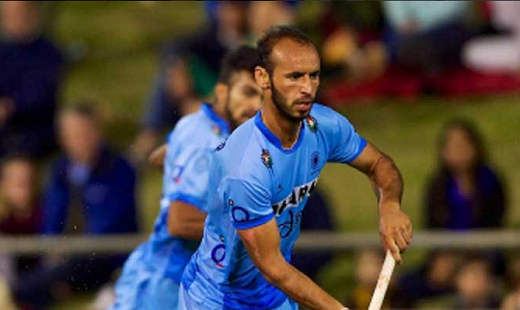 Antwerp:Â Indian men’s hockey team fired in a goal two minutes from the final hooter through Ramandeep Singh to pull off a 3-2 win over France and begin their FIH World League Semifinals campaign on a winning note here today.Â

Ramandeep lunged forward to slam the ball into the France net in the 58th minutes courtesy the spadework of captain Sardar Singh to clinch the victory forÂ IndiaÂ at the KHC Dragons Stadium here.Â

Asian Games champions India’s defence was given a harrowing time by the fast overlapping French strikers, who capitalised on counters to twice stun them.Â

The game was heading for a draw when captain Sardar sent in a reverse hit into the circle where Akashdeep Singh stopped it and the ball went toward the right where Ramandeep made no mistake with the opportunity in the 58th minute.Â

France stunned the Indians with an early goal in the third minute with unmarked striker Oliver Sanchez firing in from close range after getting the ball from the left in an otherwise crowded circle.Â

Indian striker Satbir Singh shot wide off the target at the other end and the story of mis-passing and wayward shooting thereafter gave France the lead at the end of the first quarter.Â

The French had another good look at the Indian goal in the 22nd minute on a counter-attack as Brisac created the opening by charging into the scoring zone, where Sanchez failed to capitalise on another chance off custodian P R Sreejesh’s pads.