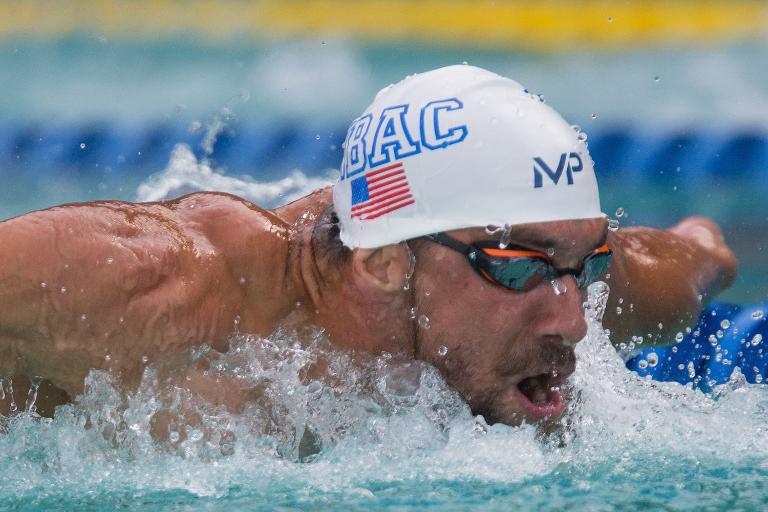 Olympic superstar Michael Phelps, who admitted this week he’s fed up with losing in a comeback aimed at the 2016 Olympics, won the 200m butterfly at the Santa Clara Pro Swim.

Phelps, whose 18 Olympic gold medals include his perfect eight-gold campaign in Beijing in 2008, led from the start on Saturday and held off hard-charging North Baltimore Aquatic Club teammate Chase Kalisz over the final 50 meters to win in 1min 57.62sec.

“I’m very pleased with tonight’s race,” said Phelps, who was three seconds faster than he was at last month’s Charlotte Pro Swim meeting.

“I went out just the way I wanted to. If I continue to swim that race I need to focus on getting that second half under a minute,” added the US star, who was slated to swim three events on Sunday before heading into high-altitude training in Colorado and the US championships in August.

Phelps will be swimming the national championships in Texas rather than the World Championships in Russia as part of his sanction by USA Swimming for a drunk-driving incident last year.

Among other winners on the penultimate night of the meeting, Hungary’s Katinka Hosszu notched an impressive double, winning the women’s 200m butterfly in 2:09.77 and the 100m backstroke in 59.69.

American Elizabeth Pelton was second in the backstroke in 1:00.31 with Missy Franklin — swimming her first meet as a professional — third in 1:00.65.

American Giles Smith clocked a personal best 23.30 — fourth-fastest in the world this year — to win the men’s 50m butterfly.