Home World Paintings by Hitler sold at German auction for $450,000 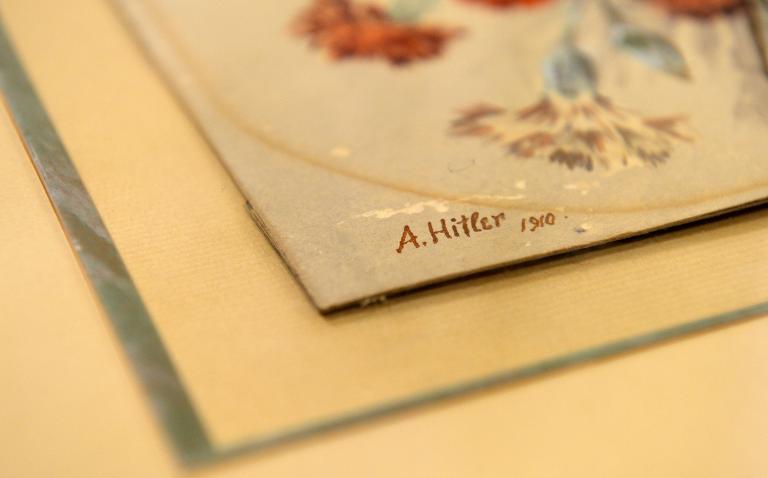 Watercolour paintings and drawings by Adolf Hitler from about a century ago were sold at auction in Germany at the weekend for nearly 400,000 euros ($450,000), organisers said.

The most expensive was a painting of King Ludwig II’s Neuschwanstein Castle in Bavaria, now a tourist magnet, which went to a buyer from China for 100,000 euros, Nuremberg-based Weidler auctioneers said, quoted by German news agency DPA.

A still-life of carnations changed hands for 73,000 euros and all of the works on offer, which date from 1904 to 1922, most signed A. Hitler, sold at the auction which ended Saturday.

Bidders included private investors from Brazil, the United Arab Emirates, France and Germany itself, the auction house said, without identifying the buyers.

“These collectors are not specialised in works by this particular painter but rather have a general interest in high-value art,” Kathrin Weidler of the auction firm told DPA.

In November, a watercolour painted by a young Hitler in 1914 of the city hall in Munich sold for 130,000 euros at a sale organised by the same auction house.

The buyer wished to remain anonymous.

As a budding young painter, Hitler applied to the Vienna Academy of Art but was rejected. He continued to paint however, copying images from postcards that he sold to tourists.

Experts consider his work to be of mediocre quality.

Germany permits auction houses to sell the late Nazi leader’s paintings as long as they do not feature any banned symbols.