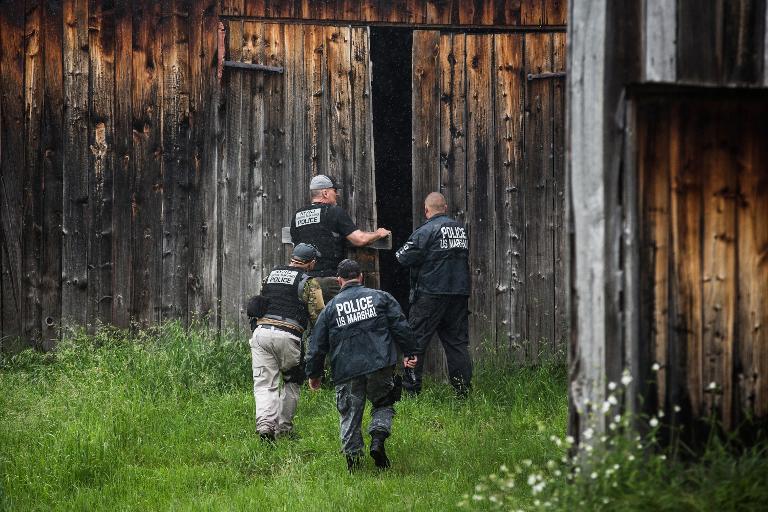 The net appeared to be closing on two killers who escaped a maximum-security New York jail two weeks ago in an elaborate prison break that was likened to a Hollywood movie.

Hundreds of police backed by sniffer dogs and helicopters stepped up the hunt saying they were investigating a possible sighting of Richard Matt, 49, and David Sweat, 35, who have been described as highly dangerous and manipulative, and not to be approached.

Two men “who may fit the description” were spotted along a railroad line in the town of Friendship, said state Superintendent Joseph D’Amico.

“While this is an unconfirmed sighting, the state police is asking residents who live in this area along the New York-Pennsylvania border to be on alert,” he said in a statement.

“If these men are spotted, please call 911 immediately. Do not approach, as both are considered to be very dangerous.”

Reporters on the ground were asked to clear a “hot area,” WIVB reported, in the first major breakthrough in a week in an investigation that appeared to be flagging.

“They are near railroad tracks and a culvert,” a state police spokesman told The Wellsville Daily Reporter of two men who could be the pain on the run.

“One had a scruffy brown beard. One had a blue sweatshirt on and the other a black t-shirt,” the spokesman added, confirming authorities were “bringing in assets from other areas.”

Joyce Mitchell, who worked in the tailor shop at the prison in the village of Dannemora, is in custody charged with facilitating the escape, which saw the duo use hacksaw blades to bust out of their cells before crawling along pipes and out into freedom via a manhole cover.

Matt, six feet (1.83 meters) tall with multiple tattoos, was serving a sentence of 25 years to life for the 1997 kidnapping and dismembering of his former boss.

US Marshals on Thursday added the convicts to a 15 most-wanted list of “the worst of the worst” fugitives.

Police have offered a $100,000 reward for information leading to their arrest.