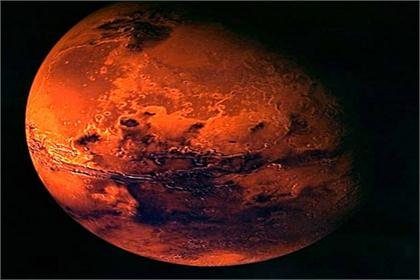 Washington: NASA’s Mars Odyssey spacecraft will complete its 60,000th orbit on June 23 since arriving at the Red Planet in 2001.

Jim Green, NASA’s director of Planetary Science, said that this orbital milestone is an opportunity to celebrate Odyssey’s many achievements, adding that Odyssey will continue to help lay a foundation for the first humans to Mars in the 2030s throughÂ NASA’s Journey to Mars initiative.

The spacecraft is in good health, with all subsystems functional and with enough propellant for about 10 more years, said project manager David Lehman.

Odyssey currently is completing an adjustment to an orbit that will position it to pass over Martian terrain lit by early-morning sunlight rather than afternoon light. In its current orbit, the spacecraft always flies near each pole and along what is called the terminator.

The terminator is a moving “line” that encircles Mars and passes through any point on the planet’s surface at sunrise and again at sunset, separating the portion of Mars lit by the sun from the portion experiencing darkness, dividing day and night. The position of this line varies by time of day and time of year.

Named after the bestselling novel “2001: A Space Odyssey” by Arthur C. Clarke,Â OdysseyÂ began orbiting Mars almost 14 years ago, on Oct. 23, 2001. On Dec. 15, 2010, it became the longest-operating spacecraft ever sent toÂ Mars, and continues to hold that record today.