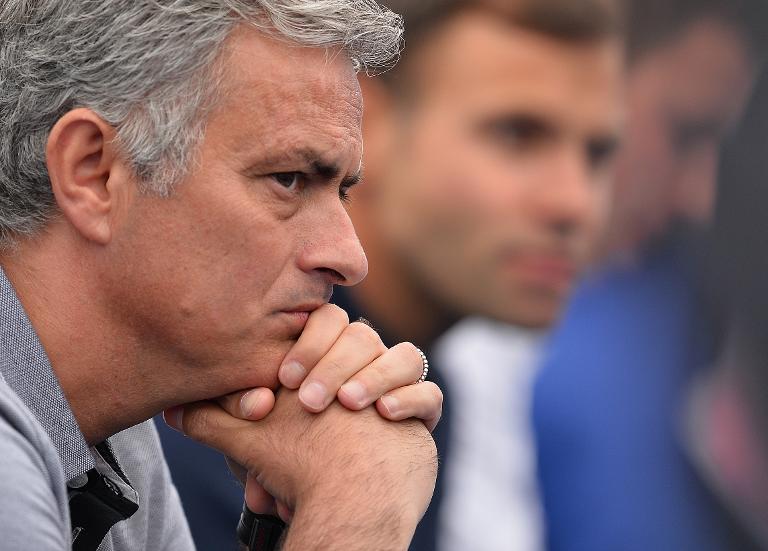 Mourinho is a big tennis fan and has been at the Wimbledon warm-up event at Queen’s Club several times this week to watch Murray and Rafael Nadal in action.

The Portuguese coach has become close to Murray in recent years and shared a chat and photo with the world number three after his quarter-final win over Gilles Muller at Queen’s.

Murray spoke of his admiration for Mourinho following the Muller match and the former Real Madrid boss responded by admitting he had tears in his eyes when the Scot ended Britain’s 77-year wait for a male singles champion at Wimbledon in 2013.

“I have to say I had a couple of tears for Andy when he won Wimbledon,” Mourinho told the Aegon Championships’ tennis podcast.

“I don’t think he would change the Wimbledon victory for another 10 victories in other Grand Slams.

“It’s more than the game, it’s more than a tournament. He has broken the psychological wall that was there for every British person that loves the game.

“I think that for sure it was the best day in his career and I shared that happiness from where I was.”

Mourinho, who led his club to Premier League and League Cup triumphs last season, also claimed that two-time Grand Slam winner Murray and his peers have a tougher job than his Chelsea players because of the solitary nature of tennis.

“In tennis they take penalty shoot-outs all day,” Mourinho said. “Every point is a tough decision so they have to be really strong.

“I always say that in my sport sometimes we hide behind each other, we can always find excuses in success and in failure and in this way tennis is phenomenal because you have to be really strong.”