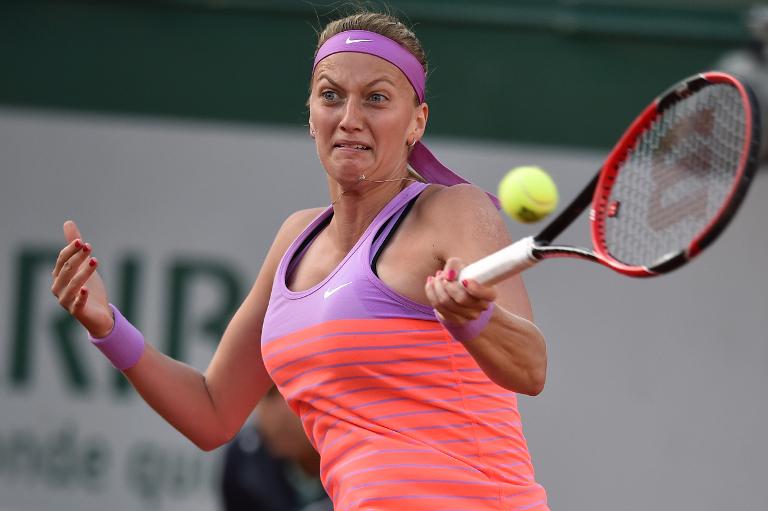 Petra Kvitova will start her preparation for a possible third Wimbledon title on Monday when the Czech plays as top seed at the Eastbourne International on the English south coast.

The world number two, who was runner-up at Devonshire Park in 2011 before going on to capture her first Wimbledon trophy, starts in the second round against either a qualifier or Italian Camila Giorgi, a 2014 quarter-finalist.

Former number one Caroline Wozniacki steps onto grass for the first time this summer as she plays as second seed after spending time at home in Monaco resting after the French Open.

The Dane won the Eastbourne title in 2009 and has reached the final four in her last two appearances at the Wimbledon tune-up event.

French Open finalist Lucie Safarova, the third seed, will also wait for an opponent from the first round.

That will be either British card Harriet Dart or Slovakia’s 2014 Australian Open finalist Dominika Cibulkova, who will be playing for the first time since February foot surgery.

Her last tournament was in Antwerp where where lost to Andrea Petkovic in the quarter-finals.

Cibulkova, now ranked at 50, has only been back on court for little more than a week and did not touch grass until arriving in Britain.

The 26-year-old will be making her career debut at Eastbourne.

Czech Karolina Pliskova is seeded eighth, ahead of Poland’s Agnieszka Radwanska, who opens against a qualifier.

Defending champion Madison Keys of the United States takes the 12th seeding and starts against either Swiss teenager Belinda Bencic or Mona Barthel.