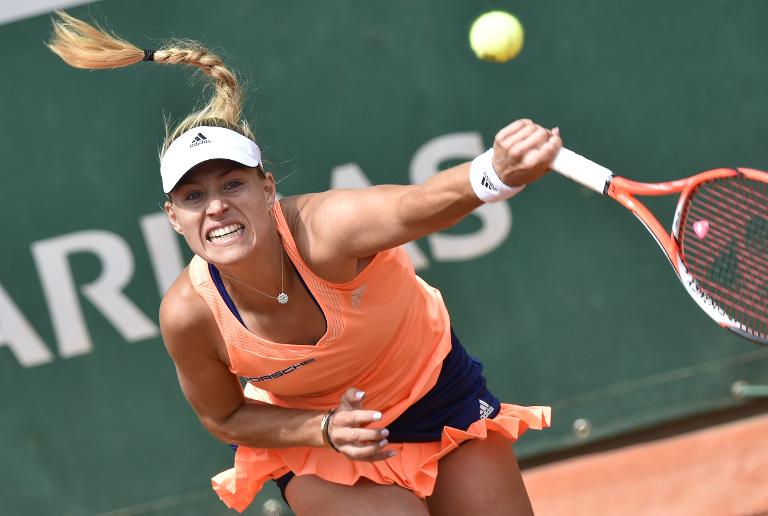 Angelique Kerber suggested that she is back to her best in time for Wimbledon after lifting her first grass court title in a compelling final against Karolina Pliskova in Birmingham on Sunday.

Pliskova has served 320 aces, more than any other woman this year, including 11 more here, but Kerberâ€™s movement, tenacity, flat counter-hitting, and competitive nous managed to frustrate her dangerously improving 23-year-old opponent.

To achieve it she had to come from a set and a break of serve down in the second set, and then from 5-6 down in the decider plus the disappointment of losing a 5-3 lead, in a match which was intriguingly unpredictable.

“It was an amazing match, and for a final it was perfect,” Kerber said. “It sounds good to have my name on the trophy next to Billy-Jean King and Martina Navratilova, and I am proud of what I have achieved this week.

“I just tried to fight point by point and being able to win this will give me great confidence in my preparation (for Wimbedon).”

There were moments though when it seemed the six-foot one-inch Pliskova might dominate the match with her steep serving and fierce straight driving down both lines.

Although making a leaden-footed start, she recovered from 3-5 down to save four set points, to sneak the tie-break by seven ponts to five with a winning first serve, and to break Kerber immediately in the second set.

At that stage Kerber’s fighting qualities became most apparent, as she broke twice in a row with some carefully constructed rallies before levelling at one set all, and then breaking again to go 4-2 and 5-3 ahead in the decider.

It was here that Pliskova too showed her fighting qualities, saving two break points in both the fifth and the seventh games, and another break point in the eleventh.

She also caused Kerber to throw an unused ball away angrily by breaking back with a mishit retrieve under great pressure, the ball ballooning over the unlucky Germanâ€™s head for a lobbed winner.

In the end it all hinged one point in the final tie-break â€“ the one which took Kerber to a mini-break ahead at 5-4 up after some tenacious containment which eventually caused Pliskova to drive a backhand a little too long. Kerber nervelessly won the next pair of points on her own serve.

“I did everything I could,” said Pliskova, who is playing well enough soon to break into the top ten anyway. “So I am not really disappointed to play a match like this in a final.

“I had the feeling Angelique was everywhere, and every lefty is tough on grass. She moves so well and plays flat shots which is important on this surface. I will go away happy.”

Kerber will go away with $124,000 and clutching the Maud Watson trophy â€“ the prize which was presented to the first Wimbledon winner back in 1884. She will hope that it is an omen.