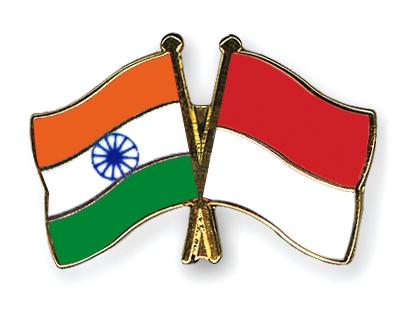 The publication was released by an array of Indonesian celebrities including Actors Nicholas Saputra, Agus Ringgo, Anjasmara, Ikat Fashion Designer Didiet Maulana, Novelist, screen-play writer Asma Nadia, Celebrity chef Farah Quinn, Film Director Nia Dinata. From the Indian side the popular cast of the Mahabharata TV serial were present on the occasion.Â  The vast audience which had gathered for the International Day of Yoga were deeply appreciative of the special gesture as the comic book was released in Bahasa Indonesia to mark the occasion.

The Indonesian version is called â€œPerjalanan Menelusuri Sejarah: Cerita Indonesia Dan India.Â  It is an initiative of Indian Ambassador to Indonesia Mr. Gurjit Singh and the former head of the Indonesian Archives Ms Tamalia Alisjahbana, who worked with Indonesian historian Prof. Agus Aris Munandar to prepare the text.Â  â€œA lot of effort went into thisâ€ said Tamalia Alisjahbana, who is extremely fond of India.Â  â€œAmbassador Singh and I both felt the need for such a publication to bring to the mind of the young Indonesians the history of our engagementâ€.

Ambassador Gurjit Singh, who took the initiative of organizing the Festival of India, said that the story of India has been told in many ways through the Festival of India and social media has been widely used.Â  However, there are a large number of schools and public libraries where people want to know about Indiaâ€™s links with Indonesia in their own language.Â  Thus, we decided to work with Amar Chitra Katha, well known producer of Indian historical comics to create a special edition which would be physically available to schools and libraries across Indonesia.Â  A dedicated team including Neel Paul, Kuriakose Saju and Sanjay Dhar from Amar Chitra Katha was set up to work with the Embassy of India and Ambassador Gurjit Singh personally for this initiative.Â  For them too it was a unique experience as they had never worked with an Indian Embassy for an international project before.

The comic book begins with the early times when Indonesia and India came into contact and goes through different periods of historic, social and cultural interaction.Â  It covered the period of intellectual and economic engagement as well as the freedom struggle of both countries.Â  The role of Indian leaders Netaji Subhash Chandra Bose, Rabindra Nath Tagore, Pt. Jawaharlal Nehru and Biju Patnaik is illustrated,Â  as that of Indonesian leaders like President Soekarno, Vice President Hatta among others.Â  The journey of the comic book goes through Indiaâ€™s Look East Policy turning to Act East, the recent intensive engagement of India and Indonesia and ends with the elections of Prime Minister Modi and President Jokowi in 2014.Â  The comic book will be distributed to libraries, schools, universities and among children and public libraries in a unique public diplomacy effort.Â