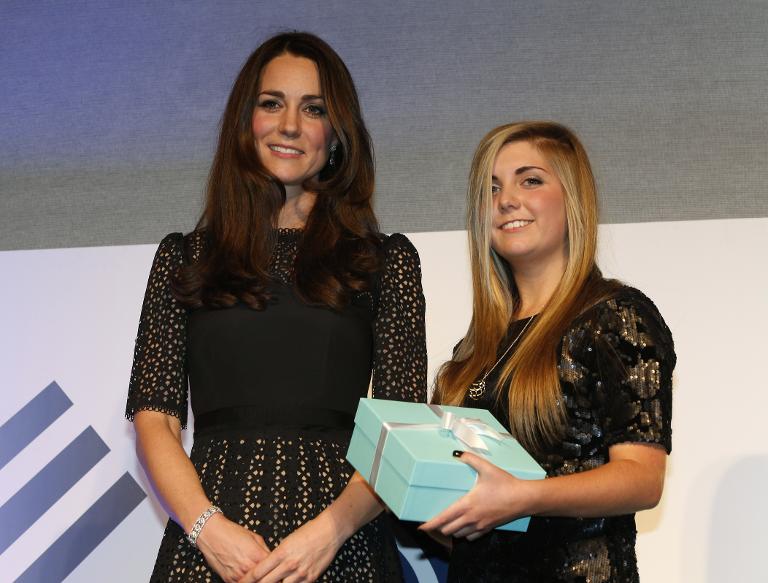 She may by her own admission be very girly, have pink cartridges and be inherently clumsy, but teenager Amber Hill is a hot shot when it comes to skeet shooting and whose exploits have already garnered an award that the likes of Wayne Rooney have previously won.

The bubbly 17-year-old — who when she is not shooting skeets (clay pigeons) for fun is training to be a beautician — added the European Games title to the world crown she won aged just 15 in Peru, the same year she won the BBC Sports Young Personality of the year award.

Hill — who showed extraordinary nerve to beat Italy’s world number one Diana Bacosi in an epic sudden death shoot-out that saw her clinch it with her 30th shot — has thanks to the gold in Baku claimed a place in Rio next year barring a selection shock.

“It is an amazing feeling,” she told a smattering of journalists on Monday in the Athletes Village the morning after her win.

“Being the first European Games as well, it makes it even more special.

“It does not stop there, guaranteeing my place in Rio means this has been a phenomenal trip.”

Hill, who hails from the south eastern town of Bracknell in Surrey, had shrugged off the searing heat — temperatures reached 34 degrees celsius — to beat her vastly more experienced opponent.

“I do like the sun,” said Hill, who was sporting her customary turquoise nail varnish.

“You can’t go wrong with a bit of sun. I just can’t wait to get out there now and get some Rio sun.”

Hill’s life changed irrevocably the day, aged 10, her grandfather Bill Rogers asked her if she would like to go shooting.

“My grandad has been a massive part of my shooting,” said Hill.

“He used to do it at weekends for a bit of fun. I did not want to watch my brother’s rugby match, so I went with my grandad.

“He had the biggest gun and I was a tiny little 10-year-old but I wanted to have a go.

“I shot the gun and it almost blew me off my feet, but I loved it.

“It was such an adrenaline rush. Most people will shoot a gun and be a bit unsure about the recoil.

“It has changed my life with the opportunities it has given me. It is an incredible journey that I am on.”

Hill, who hails London Olympics heptathlon champion Jessica Ennis-Hall as a role model and showing no fear organised a meeting with her in a coffee shop in Sheffield post the Olympics, admits people do look surprised when she tells them what she does.

“Being 17 and a girl, you do get mixed reactions when you tell people you have got a shotgun at home!” she purred.

“It is not expected of me because I am very girly. At the same time, I like a shotgun.

“You get mixed reactions but people have seen my reactions and really do support me in what I do.”

Hill, who is now due to take off for a holiday in Marbella, said despite her not being too steady on her feet and ability to send things crashing to the floor her grandad always believed in her.

“Everyone says I am clumsy, which is not the best thing for shooting,” said Hill.

“My grandad has always said I have something a little bit different. He has pushed me and been supportive of me for such a long time.”

Hill, who was straight on to the phone to speak with her grandad and other relatives after her victory, also credits her grandfather in creating the atmosphere that has allowed her to cope with the pressure and media attention from a very early age.

“I was like, ‘no, definitely not’. I didn’t want anything to do with that.

“But my grandad was like, ‘no you are going to do it’.

“He plonked me in front of the camera and I had to get on with it.

“That really, really helped me, to be put in the moment.”