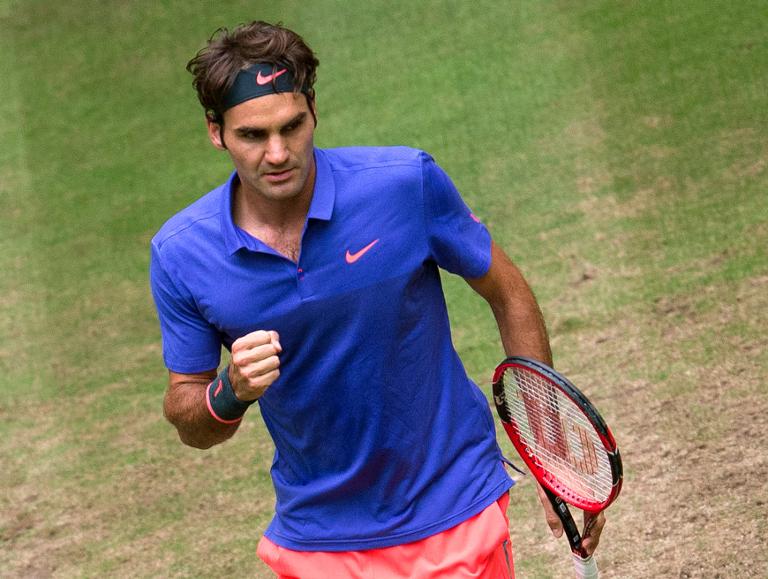 The title was the 33-year-old Swiss world number two’s fourth of the season after Brisbane, Dubai and Istanbul, and 86th of his career.

It was also Federer’s 15th career title on grass, coming just over a week away from Wimbledon, where he will be bidding to win for an eighth time.

“I hope this is a good omen for Wimbledon,” said Federer, who won the last of his 17 majors at the All England Club in 2012.

Sunday’s win meant he also became just the third player in the Open Era to claim at least eight titles in a single tournament, joining Rafael Nadal and Guillermo Vilas.

Nadal has won nine times at the French Open and eight in Monte-Carlo and Barcelona, while Vilas won the Buenos Aires title on eight occasions.

Despite his win, Federer insisted that world number one and defending champion Novak Djokovic remains the favourite for a third Wimbledon title.

“He is the champion, the world number one and plays well on grass,” said Federer, who added that the Serb’s decision not to play a grass-court warm-up event will not count against him.

“When you are winning everything, you can do anything you want. I know that from my own experience.”

It was far from plain-sailing for Federer in his 130th career final against an opponent he’d beaten 11 times out of 12 previous meetings.

Three times he had to save a break point in the opening set, which was briefly interrupted by rain, twice doing so with aces before sealing the first stanza courtesy of a Seppi double fault.

Federer could have wrapped up the second set a game earlier but missed three break opportunities when leading 4-3.

However, two games later he did break the Italian to claim victory in 1hr 48min.