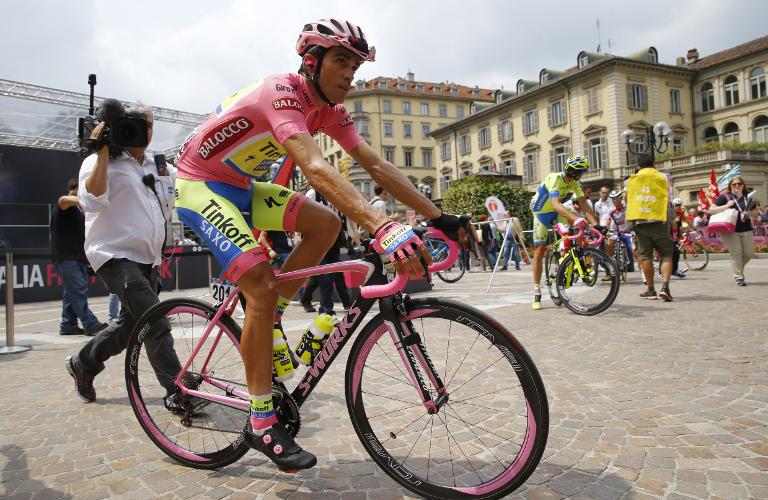 Giro d’Italia champion Contador had won the race’s queen stage on Saturday — the only stage in which serious time differences could be expected — ahead of Nairo Quintana.

For both Contador and the man he succeeded as Tour of Italy champion Quintana were completing their final warm-up race before the Tour de France, which begins on July 4 in Utrecht, Netherlands.

Both caused a surprise by opting to ride the Route du Sud instead of the traditional week-long Tour warm-up events, the Criterium du Dauphine and Tour of Switzerland.

And Contador, 32, attacked his 25-year-old rival on the descent into the finish at Bagneres-de-Luchon on Saturday after the pair crested the top of the final climb together.

The 17sec advantage, which included a time bonus, Contador earned then remained the final winning margin.

Tinkoff-Saxo’s Contador will be looking for a third Tour title in July having also won in 2007 and 2009, while Movistar’s Quintana will be aiming to better his second-placed finish from two years ago.

The pair are expected to fight for the Grand Boucle crown alongside the last two Tour winners, champion Vincenzo Nibali and Chris Froome.