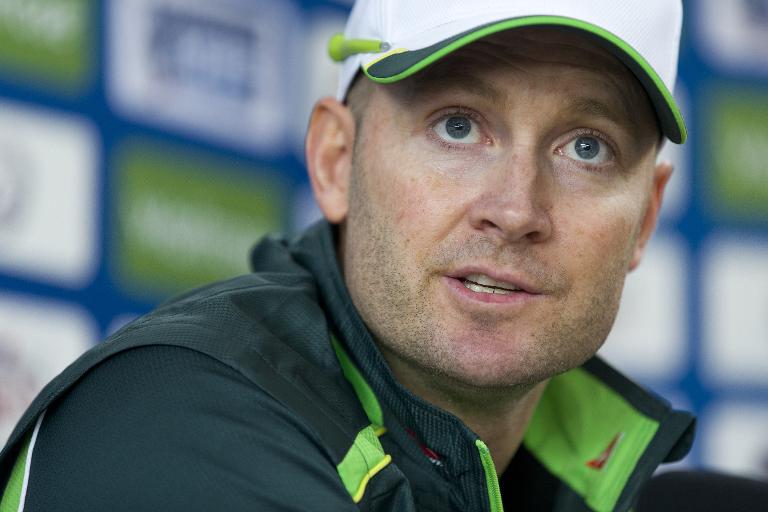 Australia captain Michael Clarke said he expected to prove Jason Gillespie wrong after the former Ashes winner suggested the current squad were too old ahead of their latest clash with England.

Australia’s Ashes squad contains opening batsman Chris Rogers and wicket-keeper Brad Haddin, both 37, 35-year-old fast bowler Ryan Harris, whose career has been blighted by injuries, and the 34-year-old Clarke, who has to battle a longstanding back complaint.

But Clarke, in his first formal press conference since the squad arrived in England, insisted Gillespie was off target.

Gillespie, once the scourge of England batsmen as an Australia fast bowler, is now the coach of English county champions Yorkshire and was considered for the role of England coach before the job was given to compatriot Trevor Bayliss.

“They’re Dad’s Army. I’d be thinking ‘let’s keep them out in the field,” said the 40-year-old Gillespie of the current Australia squad in an interview this week with Britain’s Daily Mirror.

“‘Let’s get them tired, they’re old blokes. We (England) can put these guys under pressure’.”

Australia won the 2013/14 Ashes 5-0, although you have to go back to 2001 — when Gillespie was partnering Glenn McGrath with the new ball — for the last time the Australians won an Ashes series in Britain.

But Clarke believes Australia can end that run when this season’s Ashes get underway with the first Test against England in Cardiff on July 8.

He said the squad had a mix of experience and youth, pointing to the likes of Steven Smith, at the age of 26 now ranked as the world’s leading Test batsman, 28-year-old opener David Warner and 27-year-old off-spinner Nathan Lyon.

“A lot of our young players have come a long way over the last few years,” said Clarke.

“The senior players deserve a lot of credit for mentoring them and helping them through the tough times, and we’re seeing a lot of benefit from that.

“They will play a big role in this series, their youth and enthusiasm is vital to our squad.

“The experience of the senior players is crucial too and hopefully we can find that perfect mix and we’re able to have success.”

Australia face county side Kent in their first official match of the tour, a four-day first-class fixture in Canterbury starting on Thursday.