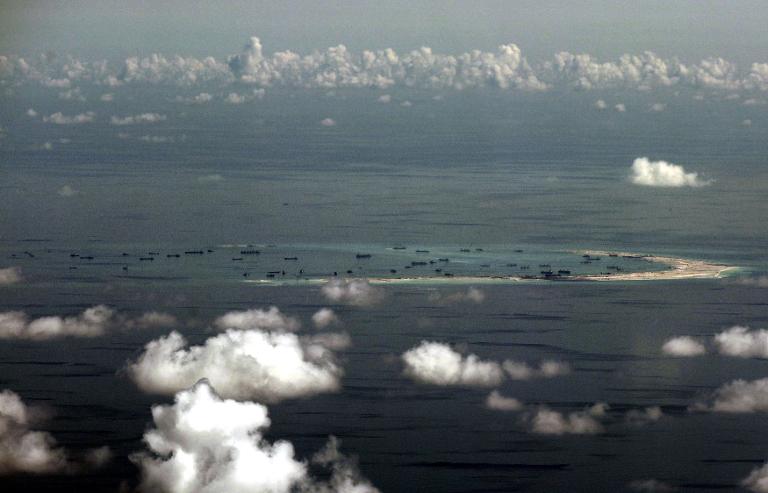 The United States is vowing not to “paper over” differences with China at key talks this week weighed down by thorny issues of trade, cyber spying and tensions in the South China Sea.

And while some analysts believe there will be few concrete results from the annual US-China Strategic and Economic Dialogue, the two-day talks which open formally on Tuesday in Washington are seen as an important forum for managing ties between the two global powers.

“We talk through, we work through our differences. We seek to solve problems and to manage the problems that we can’t seem to solve,” said the top US diplomat for East Asia, Danny Russel.

“We don’t paper over these differences. We don’t turn a blind eye to problems. We discuss them and we seek to tackle them directly.”

US Secretary of State John Kerry and Treasury Secretary Jack Lew will host China’s State Councilor Yang Jiechi and Vice Premier Wang Yang for a private dinner on Monday, before the talks kick off at the State Department the next day.

The world’s two leading economies remain at odds over China’s claims to much of the South China Sea and Washington has repeatedly urged Beijing to stop building artificial islands in the key waterway.

Such moves are “troubling not just to us, but to the countries in the region,” Russel said, adding: “The prospect of militarizing those outposts runs counter to the goal of reducing tensions.”

Ties have also strained over US accusations of cyber-espionage.

A bilateral cyber-working group was suspended by Beijing last year after Washington indicted five Chinese military officers for hacking into US computers to pilfer intellectual property and US government secrets.

But both countries recognize it is an area where they need to cooperate.

“It’s a place where us and China both have very important equities and as in the past, we’ll continue to discuss those issues vigorously with our Chinese counterparts,” a US Treasury official said.

Chinese officials remained more circumspect with foreign ministry spokesman Lu Kang saying the delegations would have an “in-depth exchange of views on China-US relations as well as other major issues of common interest.”

And the state-run Chinese press appeared optimistic about this seventh round of annual talks, which come ahead of a visit to the US by Chinese President Xi Jinping in September.

“Following months of diplomatic clashes over the South China Sea, Sino-US relations seem to be headed for calmer waters after key events in the lead-up to a major meeting between the two countries,” the China Daily said.

It quoted Wang Yiwei, a professor of international relations at Renmin University, saying: “Washington understands the consequences of US-Sino confrontation, and conflict is not on the agenda.

“Still, it has to issue criticisms of China over the South China Sea to show its muscle and commitment to its Asian allies.”

Other knotty problems remain over trade, the new Beijing-led Asian Infrastructure Investment Bank — spurned so far by the US — and whether to include the Chinese yuan as part of the IMF’s international basket of reference currencies.

Washington has long claimed the yuan was manipulated, but the IMF said late last month that the currency was “no longer undervalued.”

Such differences do “not necessarily doom the dialogue,” said Adam Posen, president of the Peterson Institute for International Economics, adding the talks will still be “professional.”

And David Dollar, an expert with the Brookings Institution, predicted the chill in ties arising from security issues would not spill over into the economic track.

Both countries “have compelling reasons to have a robust discussion of economic trends and to try to make progress on bilateral issues,” he said.

“If anything, tension on the security side makes the economic talks more important.”

One potential area of cooperation is on climate change, as UN-led talks loom in Paris in December to set new targets on limiting greenhouse gases.

“We’re still the two largest emitters in the world. We’re trying to position ourselves and lead, frankly, the international community into the Paris conference,” said Russel.

There is concern in Beijing however over President Barack Obama’s woes with Congress, particularly in trying to push forward a huge Pacific trade deal — even though it will not include China.

The Chinese “start to wonder, can the US government execute things in its own self-interest?” said Posen.