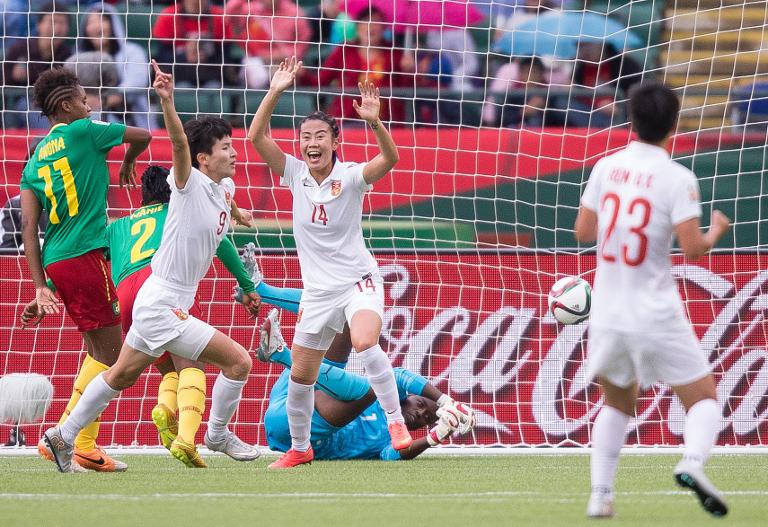 Wang Shanshan’s first half goal put China into the quarter-finals of the Women’s World Cup with a 1-0 win which eliminated Africa’s last remaining team Cameroon.

China coach Hao Wei had a touchline ban and was forced to watch the game from the stands in Edmonton’s Commonwealth Stadium on Saturday.

But his side closed down the game early when Wang Shanshan got the opener after 12 minutes when she picked up pass from Li Dongna who did well to control a Wang Lisi corner.

Despite a spirited challenge by the 53rd-ranked African side, the 16th-ranked Chinese held on to make it through to the last eight for the sixth time.

It was her second goal of the tournament for the 25-year-old Wang, who missed a golden chance for a second as she went wide on 60 minutes when alone on front of goal.

Cameroon were just the second African side to make it out of the group stage after Nigeria in 1999.

It is China’s sixth time reaching the quarter-finals. They failed to qualify for the 2011 tournament.

China next play the United States or Colombia for a place in the semi-finals.