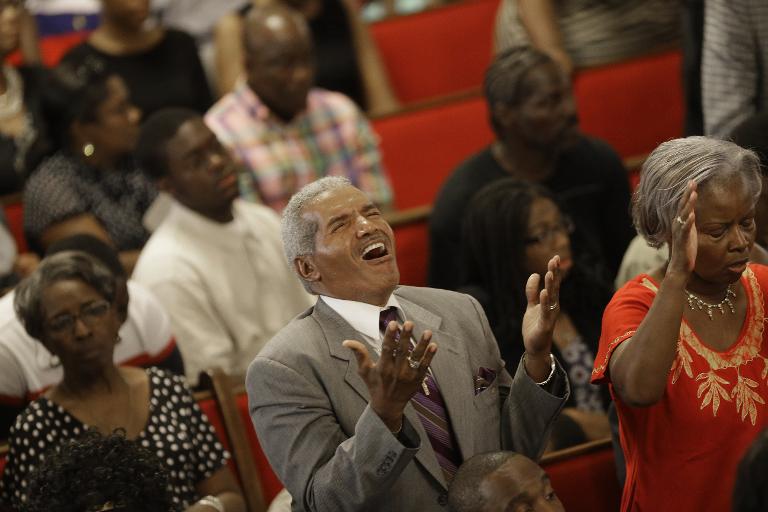 The church in South Carolina where a white gunman murdered nine African Americans, held Sunday its first church service since the massacre, an emotional gathering celebrating the lives of those slain.

Hundreds of congregants, some tearful, packed the Emanuel African American Episcopal Church for a service led by a visiting minister because the congregation’s pastor was among those killed by 21-year old Dylann Roof, a white supremacist said to have been trying to ignite a race war.