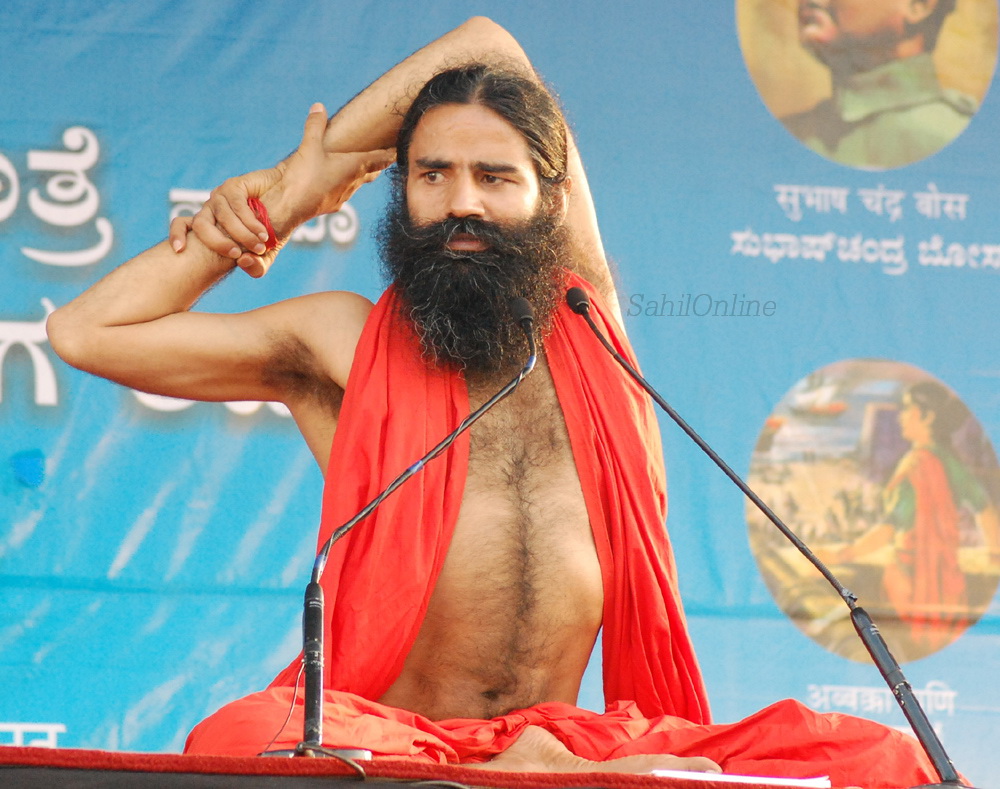 Heâ€™s funny. Heâ€™s twisted, literally. He winks a little and he winks some more. Heâ€™s as flexible as elastic, his smile is never plastic. Guess who?

We might make take potshots at his oh-so-sexy moves, but then remember, he should be given due credit for something incredible that he has done. Back time, yoga was meant for the yogis, but with time, it crept into the lives of the royals. With the elite taking to yoga as a status symbol, the middle class was left clueless. While the middle aged men were struggling with the pot bellies, unable to pump iron in the gyms, the women were always heard cribbing about how their dresses arenâ€™t able to hide their flab.

While the gym looked like an expensive option, there wasnâ€™t really much that they could do, considering how tightly packed their schedules were. Unaware of the many benefits that Yoga had, they continued drudging along.

Thatâ€™s when, in 2003, Aastha channel slotted Baba Ramdevâ€™s program in the morning. Initially people gave it a royal ignore, dismissing it as one of those religious pravachans no one really had the time for. But slowly, the followers began trickling in, realising that Yoga does have the power to beat the blues out of lifestyle diseases like blood pressure, diabetes, stress and all of that.

In no time, Baba Ramdev became a phenomenon, with many people swearing by Yoga in their spare time. Baba Ramdev brought Yoga in the living rooms of the middle class, introducing them to the benefits of the art and science thatâ€™s associated with curing aches and ailments that western medicine had struggled with.

With the rise in the popularity of Yoga, as a ripple effect, people also started making a beeline for ayurvedic products as well, discovering that there are no side effects to its usage. With this, Baba Ramdev started his own chain of products called Patanjali, which offers everything — from toothpastes and soaps to aatas and medicines.

Born as Ramkrishna Yadav to Ram Yadav and Gulabo Devi in Alipur village of Mahendragarh district, Haryana state, India, he studied Indian scriptures, Yoga and Sanskrit. He transformed into Baba Ramdev while living in Kalwa Gurukul in Jind district, Haryana, where he offered free yoga training to villagers for some time. He then moved to Haridwar in Uttarakhand and spent several years studying ancient Indian scriptures at Gurukul Kangri Vishwavidyalaya.

He founded the Divya Yog Mandir Trust in 1995. Among people who have learnt the ropes of yoga from him are Amitabh Bachchan and Shilpa Shetty. He became the first non-Muslim to publicly address Muslim clerics at their seminary in Deoband, Uttar Pradesh and has taught yoga in countries including Britain, the USA and Japan. In 2006, he was invited by Kofi Annan to deliver a lecture on poverty alleviation in a United Nations conference. Now he is leading business man in India.