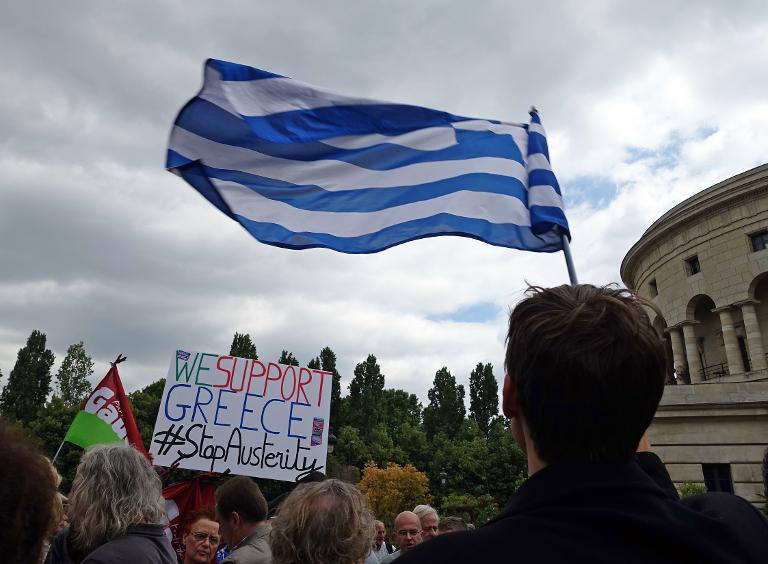 Greece does not want any more help from the IMF, minister of state Nikos Pappas said Sunday on the eve of a summit which could determine whether the country crashes out of the eurozone.

“I am one of those who think that the IMF should not be in Europe. I hope we find a solution without its participation,” Pappas, who is close to Prime Minister Alexis Tsipras, told the daily Ethnos on Sunday.

He claimed that Europe “has no need” of the Washington-based institution, which has an “agenda which is not at all European” and “can continue without it and its money”.

The EU’s involvement in the huge bailout, which was to provide 240 billion euro in loans in exchange for drastic austerity measures and reforms, runs out at the end of this month, but IMF support was to supposed to continue to March 2016.

Talks between Greece and its lenders have deadlocked for nine months over the payment of the next 7.2-billion-euro tranche of the bailout, with talk also turning to an extension of the European help.

Differences of approach between the EU and the IMF have also dogged the discussions.

For the Greek government any extension of the bailout should be about kickstarting the country’s devastated economy and not further austerity. They also want its crippling debt burden lightened.

“The agreement should be of a type and timeframe so that it would restore confidence,” Pappas told the newspaper. “It shouldn’t be short-term which would only lead to further uncertainty.”

He set out Greece’s demands, which include the exchange of 27 billion euros of Greek debt held by the European Central Bank to be transferred to the eurozone’s crisis-fighting fund, the European Stability Mechanism — an idea first floated by Finance Minister Yanis Varoufakis.

Other demands include a restructuring of debt owed to the IMF, and an economic development programme that would last until 2021.

But Athens proposals have already been knocked back by their creditors, who have insisted on their own mixture of cuts and reforms, which Pappas dismissed as “unacceptable to whichever Greek political party” was in power.

Tsipras will meet the leaders of the 18 other eurozone countries for a summit in Brussels on Monday to try to find a way of preventing Greece finally defaulting on its debt repayments due at the end of the month.