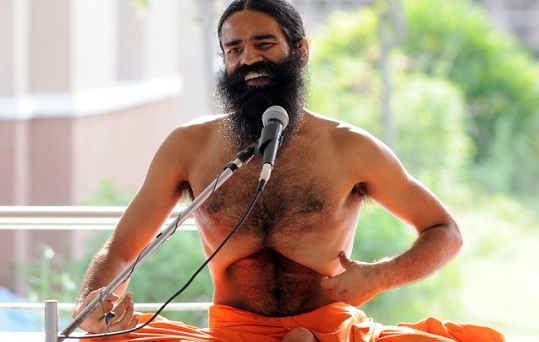 India is well known the world over as the land of spirituality and is the birthplace of great sages, Yoga Gurus, and spiritual masters. Yoga Gurus are those people who are masters in theÂ practice of Yoga.Â

The best yoga gurus can bring out the best of everyone. They are experts who can suggest the right path of yogic world as it is very vast.Â

While India is champing at the bit ahead of International Yoga Day that falls on June 21, we list out the five most famous yoga gurus of the country.Â

B.K.S. Iyengar was the world renowned Yoga Guru who died recently at the age of 95. He was one of the leading Yoga personalities to popularize yoga across the globe especially in the United States of America. This Yoga Guruâ€™s style of teaching yoga is unique and is termed as â€˜Iyengar Yogaâ€™. B.K.S. Iyengar has the authority over various asanas and has written several books on Yoga philosophy such as â€˜Light on Yogaâ€™, â€˜Light on Pranayamaâ€™, Light on Yoga sutras of Patanjaliâ€™ etc. In 2004, The Times Magazine named Iyengar as one of the 100 most influential people in the world.Â

The ‘Father of Modern Yoga’ is widely known for being the architect of vinyasa and credited with the revival ofÂ Hatha Yoga.

Mainly known as a healer, he mixed his knowledge of bothÂ AyurvedaÂ and yoga to restore health. Under the patronage of the Maharaja of Mysore, he toured around India to promote yoga. He had a control over his heartbeats and he is believed to have mastered the art of holding the beats too.

Swami Ramdev or Baba Ramdev as he is popularly known is another well known Yoga Guru who is preaching yoga to every household through simple techniques especially, the technique of yoga the one he does with stomach has inspired many personalities to practice it. He established Patanjali Ayurved Ltd, a firm that sells popular Ayurvedic products at reasonable rates.

The six packs and zero size saga have been increasingly famous among the common people is because of Baba Ramdev. He also teaches that yoga cures all minor and major diseases.

The Yoga world better knows this 65-year-old venerable instructor as the â€˜inventorâ€™ of Bikram style of Yoga. His famous 26 types of power postures are derived from Hatha Yoga, and are known have their beneficial attributes on every part of our body.

As a matter of fact, each of the individual poses is responsible for a definite part of our system; however, the collective effect works in a symbiotic manner for the whole body.

The new age yoga guru Suneel Singh is a perfect example for modernity and tradition. His styles of asana are mind blowing. The flexibility he portrays is very inspiring. He is one of the first yoga gurus in India, who cures his patients by using simple tools like Zodiac Sign, Hasya Yoga And Yoga-Chi in order to treat them in a holistic way, like for instance yoga-chi which is a new thought pattern very similar to Dhyan.

He conducts workshops for corporate houses and modeling institutes to generate peace of mind in them. He has got a wide reach through television, news papers and magazines people are able to avail the benefits of yoga being at home.
Â