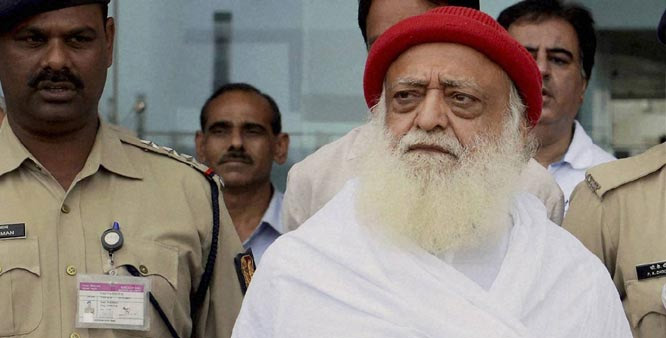 Jodhpur: Self-styled ‘godman’ Asaram Bapu, who is in jail since September 2013 for allegedly raping a minor, was denied bail by a court on Saturday, and this is the sixth time his plea for relief has been turned down.

Additional District and Sessions Judge Manoj Kumar Vyas rejected the bail application of 73-year-old Asaram, stating that an accused in a crime of such nature does not deserve bail.

BJP leader Subramanian Swamy on Friday argued on Asaram’s behalf. He had contended that the entire case had been fabricated and Asaram deserved to be released on bail.

The court had reserved its order for Saturday.

Opposing the bail plea, prosecution counsel PC Solanki had said that the court must look into the circumstances of the alleged crime, including the age of the victim, before coming to a decision.

Earlier, two bail petitions of Asaram were turned down by lower court. He had twice unsuccessfully approached the High Court and was also denied relief by the Supreme Court.

Asaram is lodged in a jail here following his arrest in September 2013 for allegedly sexually assaulting a minor girl in one of his ashrams.