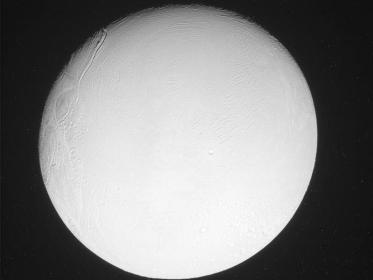 Washington: Saturn’s moon Titan’s atmosphere is even moreEarth-likeÂ than it was previously believed.

Scientists at UCL have observed how a widespread polar wind is driving gas from the atmosphere ofÂ Saturn’s moon Titan. The team analysed data gathered over seven years by the international Cassini probe, and found that the interactions between Titan’s atmosphere and the solar magnetic field and radiation, create a wind of hydrocarbons and nitriles being blown away from its polar regions into space. This is very similar to the wind observed coming from the Earth’s polar regions.

Thanks to these unique features, Titan has been studied more than any moon other than Earth’s, including numerous fly-bys by the Cassini probe, as well as the Huygens lander which touched down in 2004. On board Cassini is an instrument partly designed at UCL, the Cassini Plasma Spectrometer (CAPS), which was used in this study.

Andrew Coates, who led the study, said that Titan’s atmosphere is made up mainly of nitrogen and methane, with 50 percent higher pressure at its surface than on Earth, adding that data from CAPS proved a few years ago that the top ofÂ Titan’s atmosphere is losing about seven tonnes of hydrocarbons and nitriles every day, but didn’t explain why this was happening. Their new study provides evidence for why this is happening.

The study explains that this atmospheric loss is driven by a polar wind powered by an interaction between sunlight, the solar magnetic field and the molecules present in the upper atmosphere.