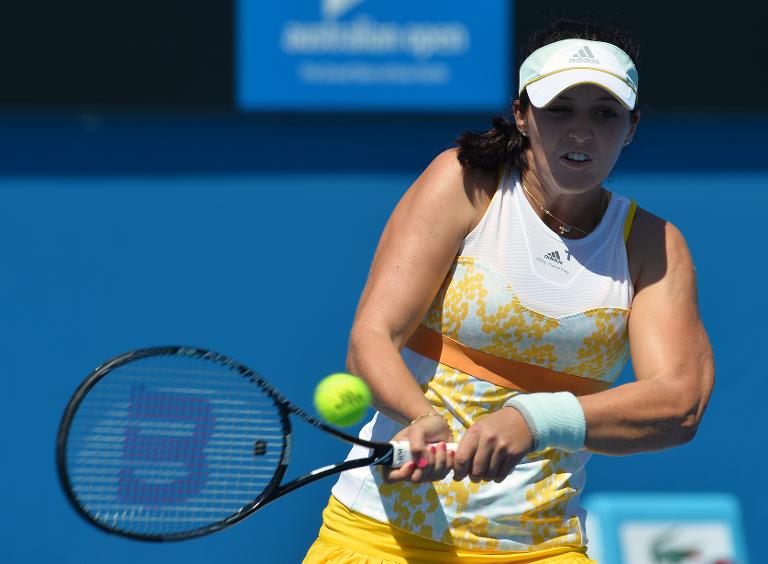 Laura Robson suffered a miserable return after a 17-month injury lay-off as the former British number one was thrashed by Daria Gavrilova in the first qualifying round of the Eastbourne WTA tournament on Saturday.

Robson had been sidelined since last year’s Australian Open with a wrist problem before a hamstring injury forced her to postpone a planned comeback at the recent French Open.

The former junior Wimbledon champion this week finally declared herself fit enough to enter the grass-court event at Eastbourne after she was offered a late wildcard.

But the size of the task facing Robson as she bids to make a successful return to the upper echelons of the sport was underlined by a 6-0, 6-1 defeat against world number 41 Gavrilova that lasted only 58 minutes.

“To be honest I think in a way it was a victory to just finish a match and be back on court, back playing tournaments and I’m very happy.”

The 21-year-old struggled in the windy conditions on the south coast from the very start as she served up four double faults before losing her opening service game.

Robson took until her first service game of the second set to finally get on the scoreboard.

But Gavrilova, who has enjoyed wins against Maria Sharapova and Ana Ivanovic in 2015, won the next five games to ease to a straightforward victory.

Australia-born Robson climbed to a career ranking high of 27 before her injury troubles and has reached the last 16 of a Grand Slam on two occasions, including at Wimbledon in 2013.

She could still be included in the second set of wild cards for Wimbledon, which gets underway on June 29.

“I would obviously love to play, it’s my home tournament, it’s my favourite tournament of the year for sure, so I would love to get a chance to play, but we’ll see, I haven’t heard anything,” Robson added.