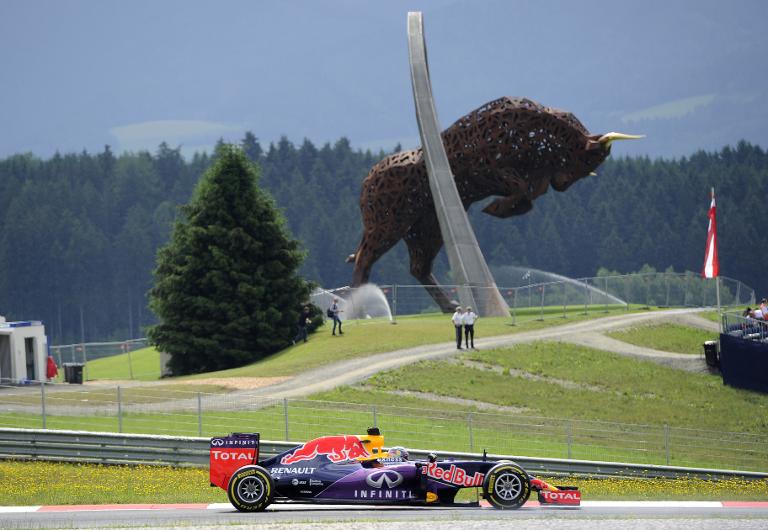 Team chief Christian Horner confirmed Friday that Red Bull owner Dietrich Mateschitz was serious in suggesting he would pull out of Formula One if the sport continued to leave him demotivated.

After an unpredictable dayâ€™s free practice at the Red Bull teamâ€™s home Austrian Grand Prix at the Red Bull Ring circuit in the Styrian Alps, Horner said that his boss may speak only rarely, but he should be listened to when he did.

â€œDietrich doesn’t talk publicly often, but when he does, you have to listen,” said Horner.

â€œHe’s expressing his opinions and views. He’s most definitely frustrated at the moment.”

When asked if he could confirm the future of the four-time champion Red Bull team in Formula One, Horner added: â€œI’m not in a position to say that. Dietrich is the chairman. Heâ€™s the owner.

â€œYou have to listen to what he says. Hopefully, it won’t come to that. We need to find a solution. It’s in F1’s interest for Red Bull to be in the sport.”

On a day of continuing strife for F1, as the sportâ€™s image and problems were the subject of more widespread criticism and debate, Horner said that the latest engine upgrades from Renault were critical to his teamâ€™s hopes of a revival.

â€œI think with all these things it’s never one simple thing. If you look at our deficit to say Mercedes, you could say it’s 80 per cent engine, probably 20 per cent chassis.

â€œThe solution, obviously, is that our quickest way to increase performance is more power. Renault headquarters are working hard on that on Renault’s side, but the frustrating thing with the engine is it takes time.

â€œWe’re obviously impatient to get performance from the car. We are working hard with them behind the scenes and time will tell.

â€œI think, over the next two weeks, they’ll have some interesting results for next year and later this year, which are crucial.”

Vettelâ€™s former Red Bull team-mate Mark Webber launched a strong attack on the sport overnight Thursday when he claimed all involved, including the drivers, were feeling disillusioned.

Mateschitz said earlier on Friday that he felt demotivated by Renaultâ€™s failures and the sportâ€™s declining level of interest and spectacle, an issue on which he gained support from Mercedes director and fellow-Austrian Niki Lauda.

The three-time champion driver warned that the sport had no divine right to remain popular and well-supported by spectators, television audiences and sponsors.

â€œWhatever happens in the future, Formula One has to focus on its clients/fans,” said Lauda.

“The world would keep on turning even if there was no F1, which is why we have to focus on what interests the consumer and what they want.

â€œThe drivers are much too nice nowadays, too. None of them has any quirks now and they all make sure they never put a foot wrong. People want to see real men who make mistakes and say things they shouldn’t.

â€œThere’s not much time left so I hope we’ll be able to make all these changes as quickly as possible so that people will still have every motivation either to come to the races themselves or to watch them on TV.”

Lauda laid much of the blame for F1â€™s current woes on the myriad regulations that control sporting and technical performance.

â€œF1 has basically been regulated to death down the years,” he said. “Everyone sticks their oar in. The drivers can’t go beyond certain limits. The over-regulation is no good for any sport.â€