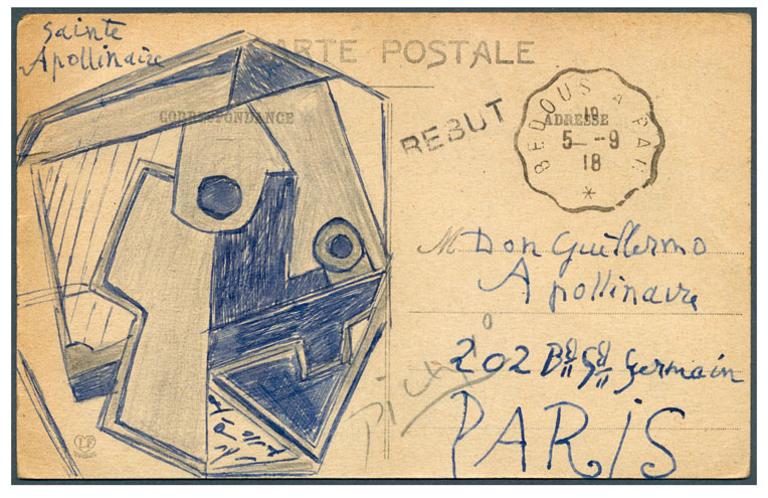 A postcard bearing a signed drawing by Picasso fetched a record $188,000 (166,000 euros) at auction on Saturday, the Gaertner auction house in southern Germany announced.

The sales set a “world record for a postcard”, the auction house in Bietigheim-Bissingen said in a statement.

The buyer, described as a “trans-Atlantic collector”, clinched the deal by telephone following frenzied bidding in German, English, French and Russian, the statement said.

With commissions, the card will cost the buyer more than 200,000 euros, it said.

The card from Pablo Picasso to his friend, French poet Guillaume Apollinaire, is dated September 5, 1918, and has an authenticated drawing that “can be considered part of the artist’s cubist still life series,” Gaertner said.

The picture on the back of the card is a simple aerial view of the southwestern French town of Pau.

The postcard never made it to Apollinaire however because Picasso had addressed it in Spanish, writing his friend’s name as Don Guillermo Apollinaire.

It is marked with the French equivalent of “return to sender”.

Gaertner said it had obtained the postcard from a Frenchman it described as a “figure in the business world”.