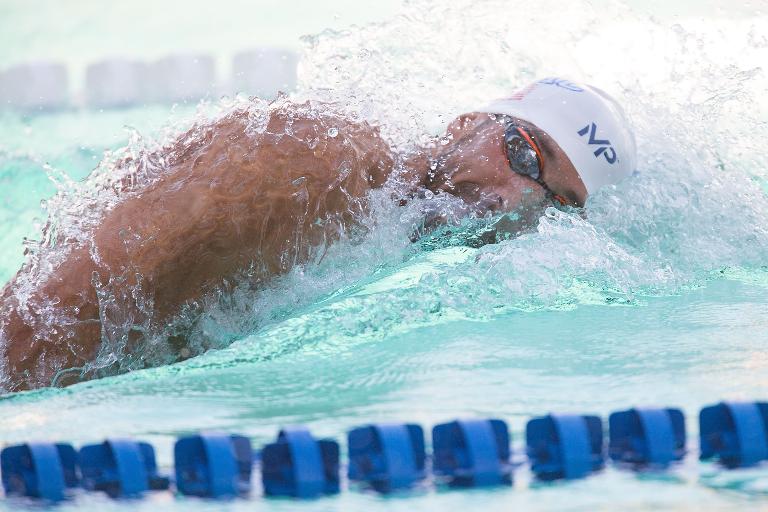 Olympic legend Michael Phelps and 2012 London Olympic star Missy Franklin each finished third in the 200-meter freestyle in their opening events at a US Pro Swim Series meet.

Phelps, an 18-time Olympic champion with 22 career Olympic medals in the pool, was looking for some strong times to build confidence ahead of high-altitude training in Colorado and the US championships in August.

He took third in the 200 in 1 min 49.03 secs, trailing US winner Connor Jaeger’s 1:48.66 and Russian runner-up Nikita Lobintsev on 1:48.86. That represents improvement for Phelps from last month at Charlotte and his preliminary heat, though still ranks well off the world top-10 pace in the event.

After serving a six-month ban following a drunk driving incident last September, Phelps was removed from the US squad competing at the world champions in Russia in August.

But he figures to be keeping an eye on the times from Russia as he competes for American crowns at San Antonio to see how he fares a year ahead of the 2016 Rio de Janeiro Olympics.

Franklin, competing in her first pro meet and first of any kind since the US college finals last March, was third in the women’s 200 behind Netherlands star Femke Heemskerk in 1:55.68 and Hungary’s Katinka Hosszu in 1:56.88, Franklin next in 1:57.02.

Franklin later finished eighth in the 50 backstroke in 29.33, well behind the winning time of 27.51 from US veteran Natalie Coughlin.

The meet continues Saturday and Sunday, with Phelps down to swim three events on the final day of the concluding event of the US series.