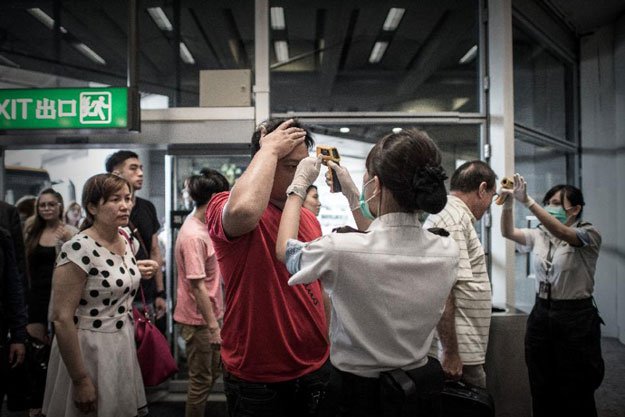 Are you among those 1,00,000 tourists who have cancelled their trip to South Korea after knowing that South Korea is tightly bound in the grips of a vastly spreading Middle East Respiratory Syndrome (MERS)?

The syndrome, which has massively affected a country with about 150 people diagnosed with the infection, has resulted in not only cancellation of all travel plans but also closing down of more than 900 schools to protect themselves from the deadly virus.

MERS began in South Korea when last month an infected traveller returned to Korea after visiting Saudi Arabia and Bahrain.

Saudi Arabia, which has been in the trap of the disease since 2012, had first seen this disease and named it MERS (Middle East respiratory syndrome).

The MERS virus is a beta-coronavirus (MERS-CoV), which belongs to the same family as SARS but has some novel biological features.

SARS had emerged some twelve years ago when the world was threatened by an outbreak of a new coronavirus called SARS (severe acute respiratory syndrome). SARS infected more than 8,000 people and killed one in ten of those infected.

Thus, when a person carrying the virus flew from Saudi Arabia to South Korea, the disease began spreading in South Korea as well.

How it has spread

The spreading of infections are a result of very close personal contact with infected hospital patients.

There is no transmission through casual contact in community settings.

This is very different from other contagious respiratory infections such as influenza, where transmission in social settings is common.

Symptoms of the disease include respiratory problems, along with fever and cough. In due course, some people also suffer from pneumonia and kidney failure.

Thousands of Koreans have been put under quarantine, including those inside two hospitals that are under a two-week lockdown â€” meaning no one can enter or leave.

In addition to the two hospitals under lockdown, another has been completely shut and the prestigious Samsung Medical Centre in Seoul, where the most infections have occurred, has stopped taking new patients.

About 6,500 people are in quarantine, some in hospitals but most at home, including an entire village of 105 people.

It is said that MERS kills about 38% of those it infects.

For its tourists, the country will be automatically insured against the risk of contracting MERS.

A spokesperson for the Ministry of Culture and Tourism said, to relieve the anxiety of the foreign tourists, we will develop and promote [an] insurance package that compensates foreign tourists if they are confirmed with MERS during their stay in South Korea.

The government has estimated a 20% decline in visits during the peak June to August tourism season would cost the industry $900 million in lost revenue.

South Korea’s economy was quite shaky even before the MERS outbreak killed 20 people.

The World Health Organization has not recommended any travel restrictions in relation to the MERS epidemic.

Just avoiding contact with people who have respiratory infections â€“ and are coughing or sneezing and have a fever â€“ is the key to protection. Also washing hands with soap after contact in social situations is important.