Home Sports Nishikori sweats on calf injury ahead of Wimbledon 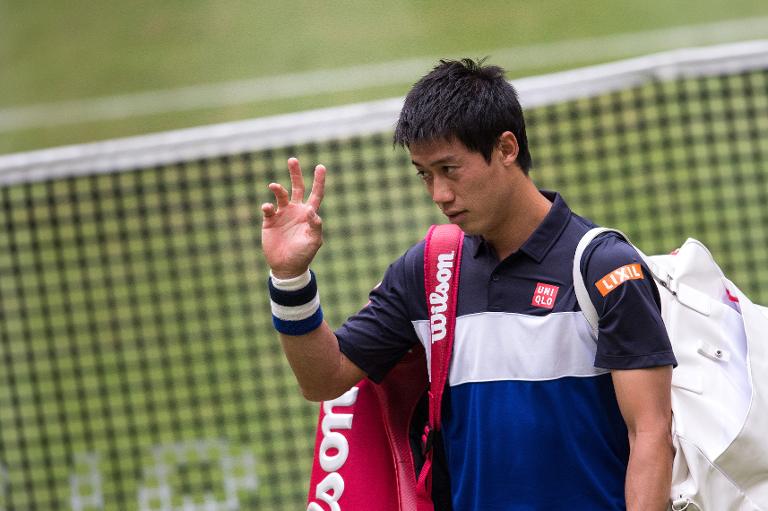 Japan’s Kei Nishikori faces a Wimbledon fitness battle after a calf injury forced him to quit his Halle semi-final against Andreas Seppi on Saturday.

The 25-year-old world number five was trailing the Italian 4-1 in the first set when he retired, opting for crucial recovery time ahead of Wimbledon which gets underway on June 29.

“I felt it yesterday during the quarter-final (against Jerzy Janowicz) and I fought through it. But there was a little pain this morning and I tried in the match, but couldnâ€™t really move,” said Nishikori.

“I donâ€™t want to take a big risk for Wimbledon, so I just retired from the match.”

Nishikori, who enjoyed his best Wimbledon performance in 2014 when he reached the fourth round, said he was hopeful that the injury will not be serious.

“I cannot say much because I have to see how it will be the next couple of days. But I’m sure it’s going to be okay. It’s no big deal,” he said.