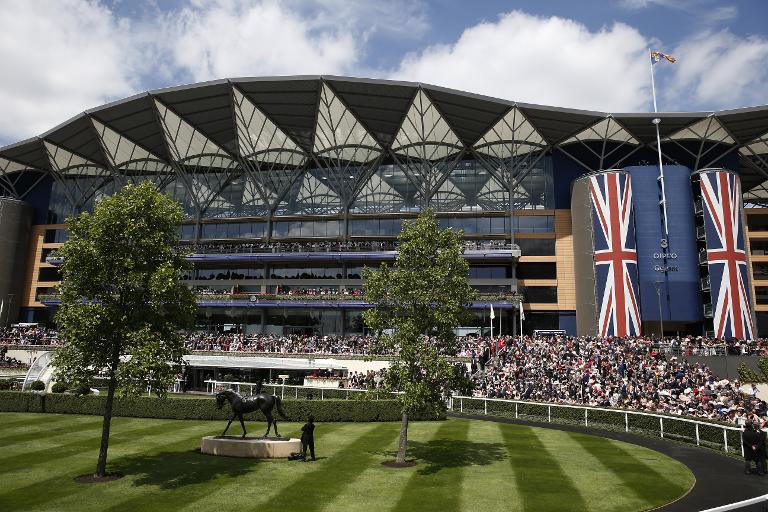 Last year QIPCO Holding became the first “official partner” at a venue that has eschewed corporate sponsorship on account of the meeting’s historic affiliation with the British royal family.

So delighted were key personnel with their first taste of “official partner” status that the company recently extended that position until 2024.

QIPCO (Qatar Investment & Projects Development Holding Company) is linked to a branch of the Qatari ruling family comprising six Al Thani brothers, who are cousins of Sheikh Tamim, the Emir of Qatar.

“The sheikhs love horses, they have a lot of Arabian horses in Qatar and their involvement with thoroughbred racing is a natural progression from that,” he said.

QIPCO has also extended its backing of the Champions Series, which embraces most of Britain’s top races.

And the Qatar Racing and Equestrian Club has committed itself to a decade-long sponsorship of the prestigious “Glorious Goodwood” fixture in July.

Within British horseracing, these sponsorship packages are every bit as eye-opening as Qatar’s successful bid to host the 2022 World Cup of football. They follow on from Dubai’s munificent backing of the sport, through bloodstock investment and sponsorship, for the last 35 years.

European aristocrats, Greek shipping tycoons and American oilmen have all been to the fore, though the Middle Eastern influence far outweighs any previous benefactor.

“When Sheikh Joaan came into the business it was very much to reflect Qatar and the interest of its people in sport worldwide,” Herbert said.

But there are different philosophies within Qatar’s patronage. While Sheikh Joaan attributes his involvement to promoting Qatar globally, the Al Thani brothers behind QIPCO see it as a good investment.

Many of the brothers’ horses are owned by subsidiaries of QIPCO. The most prominent of them, Sheikh Fahad, underlined the synergies earlier this month.

“It is in our interests to promote the quality of British racing as the value of our horses is enhanced if they are competing in the country with the best racing in the world,” he said.

The Al Thanis are naturally competitive on the racecourse.

Herbert said they enjoyed a “healthy rivalry”, which also extends to other Middle Eastern potentates from neighbouring states.

This was evident in the build-up to Royal Ascot, when Sheikh Joaan of Qatar and Sheikh Mohammed, the Ruler of Dubai, made a string of expensive private acquisitions.

But Herbert maintained such jousting was confined to the sport.

“In May, Sheikh Joaan was at the 2,000 Guineas (an important race at Newmarket), where he spoke to Sheikh Mohammed and other prominent sheikhs from Bahrain,” he noted.

“That’s what makes racing such a unique sport for Middle Eastern people. Their influence in British racing is strong, and Qatar wants to be involved at the very heart of it.”

Qatar’s presence on the British Turf has mushroomed since Sheikh Fahad bought his first thoroughbred five years ago. But it will take them many years to threaten the existing hierarchy.

A perfect vignette of that unfolded at Royal Ascot on Thursday, when two horses purpose-bought by Sheikh Mohammed and Sheikh Joaan duelled furiously from the start of the Norfolk Stakes.

Their exertions caught up with them at the finish, where Waterloo Bridge came through to beat them both. Waterloo Bridge is owned by the Irish-based Coolmore syndicate, which has dominated British racing for the last 15 years.