Mexico out of Copa after Ecuador loss | Newsmobile
Friday, August 12, 2022

Home Sports Mexico out of Copa after Ecuador loss 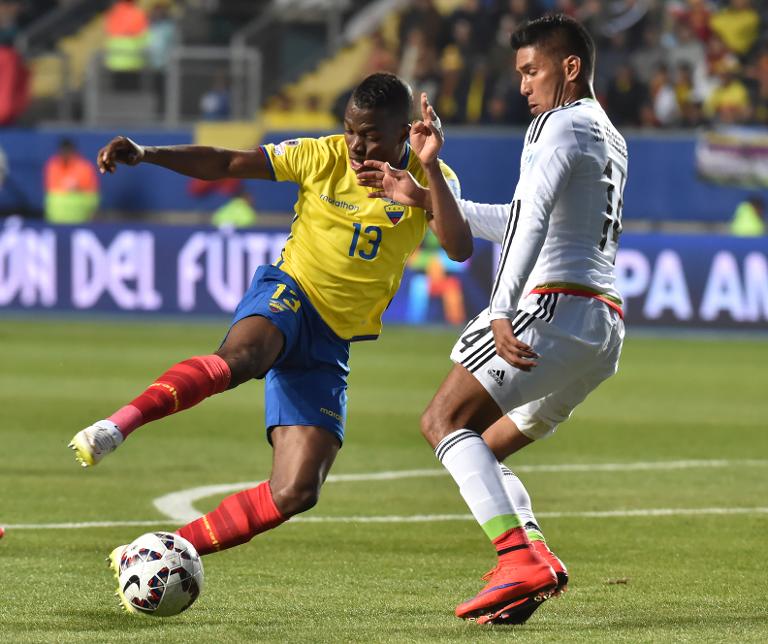 Mexico became the first team to be eliminated from the Copa America on Friday after suffering a 2-1 defeat to Ecuador in Group A.

Goals from Miller Bolanos and West Ham star Enner Valencia set up a crucial victory for Ecuador, who could still scrape into the quarter-finals as one of the two best third-placed teams.

Mexico’s goal came from a Raul Jimenez penalty on 64 minutes to set up a nervous finale for Ecuador, who had lost their two previous matches in the tournament.

Mexico are one of two teams from the North, Central American and Caribbean (CONCACAF) region invited to participate in the South American football showpiece in Chile.