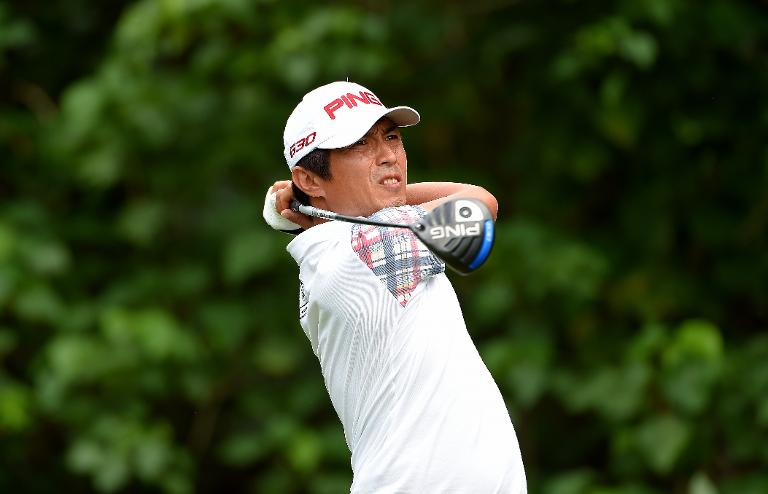 Japan’s Akinori Tani surged ahead at the Queen’s Cup on Koh Samui on Saturday with a three-shot lead after securing a seven-under-par 64.

Tani played a flawless round to reach the top of the leaderboard and place himself in clear sight of the $300,000 Asian Tour title ahead of overnight leader Prayad Marksaeng from Thailand.

Tani had begun the penultimate round of the tournament with a four-shot deficit but overcame the hot weather to storm back with seven birdies and a total of an 11-under-par 202.

“I stuck to my game plan out there… I told myself to stay positive,” Tani said, according to a statement released by tour organisers.

“It’s not going to be easy tomorrow with so many good players like Prayad chasing me. I just hope I can continue to keep the bogeys away,” said the 40-year-old.

Prayad, who won the Queen’s Cup in 2013, said he “would prefer to be the chaser rather than the leader” as he heads into the final round Sunday.

“I am still in a good position and I am confident that I can close up the gap and pip Tani to the title tomorrow,” said a confident Prayad, 49.

Two-time Asian Tour winner Siddikur, 30, was one shot behind the Thai with six players sharing the fourth spot with a total of 207.

Leading scores after round three: