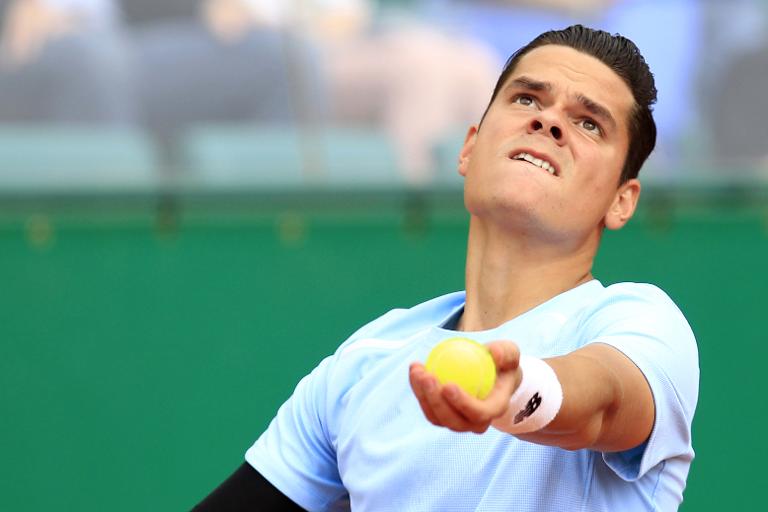 Karlovic hammered down a record 45 aces for a three-set match as the Croatian veteran beat Tomas Berdych in Halle on Friday, while Raonic’s own ferocious serve couldn’t stop the Canadian falling to a quarter-final loss against Gilles Simon at Queen’s Club.

Raonic hit 23 aces to reach 76 in three matches at the Wimbledon warm-up event and was asked after his loss who he thought had the most lethal weapon on the men’s tour.

“I believe myself,” he said. “My serve takes me a long way.

“I think the serve is not only about what necessarily you can do with it, but it’s how you step up.

“If you look at results, numbers besides names, then my serve has carried me a pretty long way.”

Karlovic is likely to overtake his retired Croatian compatriot Goran Ivanisevic to become the all-time ace king at his current rate.

Ivanisevic still tops that chart, with 10,183 aces from 895 matches at an average of 11 per appearance.

However, another big server, South Africa’s Kevin Anderson, who moved into the Queen’s semi-finals with 18 aces of his own in a win over Guillermo Garcia-Lopez, believes Karlovic was the best of his big-serving rivals.

“On sheer numbers in the game, I think I’d have to give it to Ivo,” the world number 17 said, ranking Karlovic, John Isner, Raonic and himself as the world’s top four servers.

“I think Ivo’s first serve is really good. On a second serve I think Isner is a bit tougher than Ivo.”