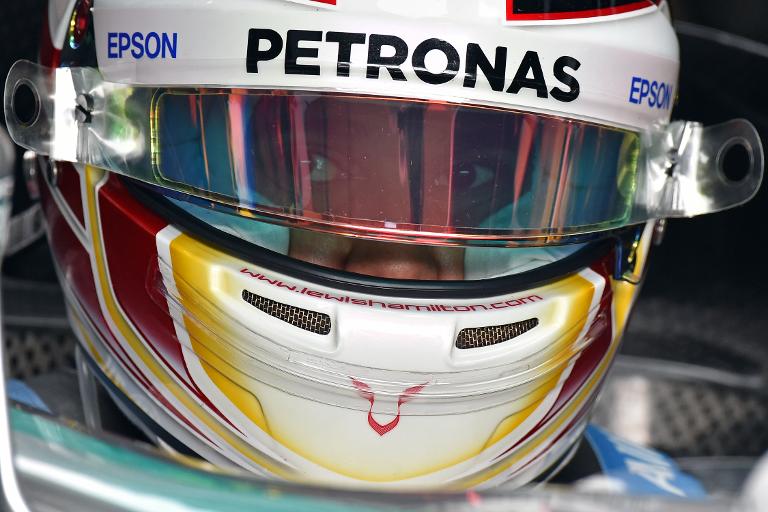 His success drew him level in third place with German Sebastian Vettel in the record books for poles and signalled that his Mercedes team have secured every pole position since last yearâ€™s race at the Red Bull Ring in the Styrian Alps.

“It was quite a difficult qualifying with the track conditions,” admitted Hamilton, who is now third, alongside four-time champion Sebastian Vettel in the all-time list of pole-winners. Only Brazilian Ayrton Senna on 65 and German Michael Schumacher on 68 have taken more poles.

“I was grateful I got my third lap in on the first run in Q3. I was pushing that bit extra on the next run and just locked the rears.”

Hamilton spun off at Turn One on his final run shortly before his team-mate German Nico Rosberg ran wide and off the track at the final corner as he attempted to improve and snatch pole.

“I wasn’t too concerned about losing pole at that time because I was trying to get the car going, but obviously afterwards I was thinking: ‘I probably lost it there.’

“Ferrari have really showed some great pace here so it is going to be a tough race. Every little bit of time will count tomorrow.”

For Rosberg, faced with a long trudge back to the pits, it was an ironic end to a frustrating day in which he had appeared to be the fastest man on track.

“I am definitely gutted,” said Rosberg. “But Lewis was 0.2secs up on the previous lap and I was 0.2secs up at that point so I knew I had to go for it. But I was right on the limit.”

Hamilton took his pole with a best lap of 1min 8.455sec, outpacing Rosberg by 0.2 seconds. Vettel was third fastest for Ferrari, but team-mate Kimi Raikkonen flopped in Q1 and qualified 18th.

“I don’t know why, or what happened,” said Raikkonen.

Vettel conceded he did not have the necessary pace to catch the Mercedes men.

“They were a bit too quick,” he said. “We tried everything and we looked good, generally, through practice.

“Generally the Mercedes-powered cars can turn up the performance a bit — even the Williams cars were a lot closer than they were in practice.”

For Mercedes, it was a record 19th successive pole position in a run of dominance that left their rivals, Vettel apart, in some disarray. Hamilton was the first Briton to take pole in Austria since James Hunt in his title winning season of 1976.

Brazilian Felipe Massa was fourth for Williams ahead of German Nico Hulkenberg, fifth for Force India, and Finn Valtteri Bottas in the second Williams.

This means both men face 25-place grid penalties for Sundayâ€™s race which, in turn, means they will start from the back of the grid and have to take timed penalties.

Alonso qualified 15th and Button 17th ahead of a disgruntled Raikkonen, while Australian Daniel Ricciardo failed to reach the top ten shootout for the first time since he joined Red Bull. He qualified 14th, but faces a similar penalty for yet another engine change.