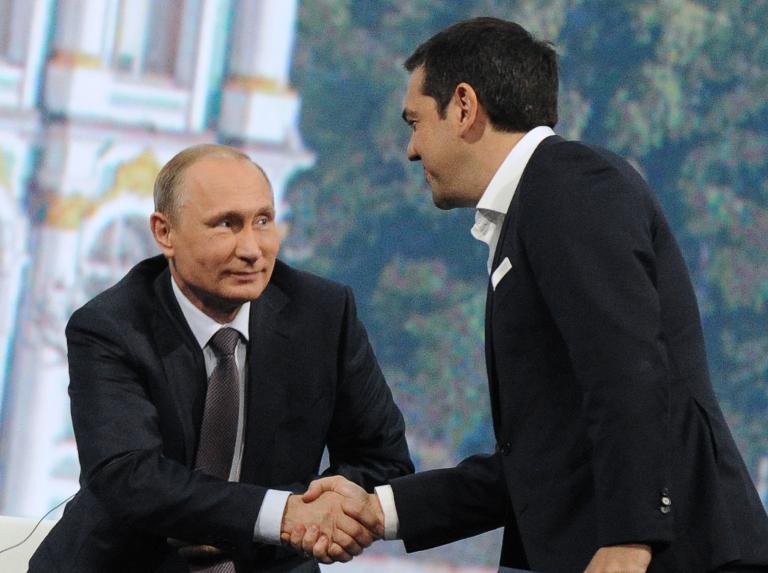 Greek Prime Minister Alexis Tsipras, who is locked in bitter bailout negotiations with the EU and IMF, sealed an agreement to build a pipeline with sanctions-hit Russia Friday in a deal likely to irritate European leaders.

The deal was done on the sidelines of an economic forum in St Petersburg, attended by the embattled Greek premier but shunned by many other Western leaders due to the standoff with Russia over its role in the conflict in Ukraine.

Russian President Vladimir Putin, who met with Tsipras for over 90 minutes, insisted at the forum that his country was open for business with the West despite the Ukraine crisis.

“Our active cooperation with new centres of global growth in no case means that we intend to pay less attention to our dialogue with our traditional Western partners,” Putin told the Saint Petersburg International Economic Forum.

He touted his government’s successes, saying a deep crisis due to Western sanctions over Ukraine and lower oil prices which many had predicted “had not happened.”

“We have stabilised the situation,” he said, appearing in a genial mood.

Tsipras — who has blasted sanctions against Russia — said the crisis in Ukraine “opened a new wound of destabilization in the heart of Europe and from that sense it is a bad omen for international developments.”

The Greek premier’s visit to Moscow is likely to irritate Brussels, with which Athens is battling to secure a deal in order to unlock 7.2 billion euros ($8.3 billion) in aid funds and stave off default.

Tsipras also used the Russia forum to launch an attack on the EU.

The two countries did however ink a preliminary plan for a new gas pipeline through Greece.

Russian energy minister Alexander Novak estimated the cost of building the Greek link at around two billion euros, adding the annual capacity that could be pumped through the pipeline would be 47 billion cubic metres.

The two countries will jointly own the venture, and Russia is expected to foot the bill.

“This is the start of a large investment project in Greece that is beneficial to the country’s economy,” said Novak.

Last year Moscow announced the creation of the Turkish Stream project, to supply Russian gas to Turkey, after it cancelled its South Stream gas pipeline to southeastern Europe — which was already under construction — as relations with the EU reached a nadir over Ukraine.

“We have a gap between our plans and their implementation,” he said in televised remarks, adding that Putin was interested in conducting reforms but “is afraid of making mistakes.”

“Why do we not bring forward presidential elections and announce a new programme of reforms?” said the widely-respected economist, who is believed to still wield influence behind the scenes.

Kudrin’s proposal unleashed debate, with some seeing it as an attempt to test public opinion and push Putin to conduct radical reforms.

The annual economic forum got off to a rocky start Thursday amid a new spike in tensions with Brussels, with Russia seeing its state assets in France and Belgium frozen in a row over compensation for shareholders of defunct oil giant Yukos.

Russian officials reacted by saying Moscow was preparing a “judicial response” to the measure, with Foreign Minister Sergei Lavrov suggesting the freeze was timed to coincide with the forum.

“I am not a fan of conspiracy theories but even if it is a coincidence, of course this works against those who want to work in Russia in a normal way, without some sort of artificial barriers,” Russia’s top diplomat said.

EU member states also agreed this week to extend sanctions against Russia over Ukraine by another six months to the end of January 2016. Moscow threatened to similarly prolong its boycott of certain Western products.