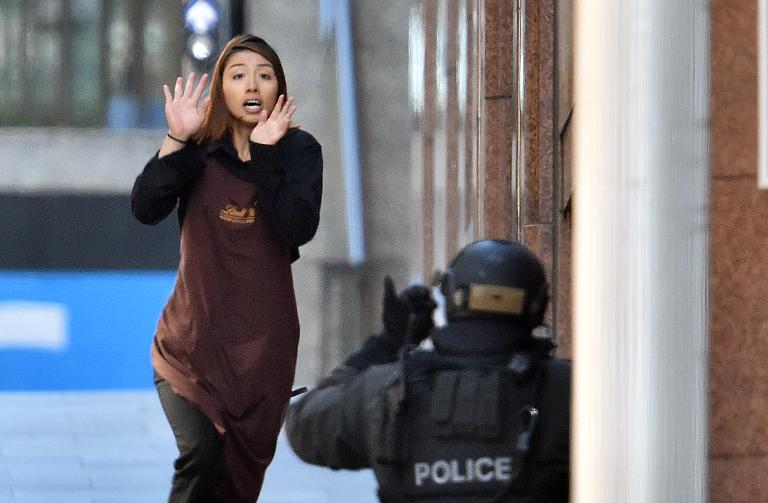 There were 13,463 attacks in 95 countries in 2014 — up by a third from the year before — with Iraq, Pakistan and Afghanistan bearing the brunt of extremist violence, the State Department said in a report.

The largest number of attacks were carried out by Islamic State (IS) militants, who unleashed 1,083 assaults last year as part of a deadly march across Iraq and Syria. The Taliban were the next most lethal group, with 894 attacks.

There was also a sharp rise in violence in Nigeria, where Boko Haram’s Islamist militants have been spreading terror in the north. Some 7,512 people were killed in 662 attacks.

The report also highlighted a rise in “lone offender violent extremists in the West” such as the Charlie Hebdo attacks in January in Paris.

“The terrorism challenges that we face continue to evolve at a rapid pace and we cannot predict with precision what the landscape will look like one decade or even really a year from now,” said top US counterterrorism envoy Tina Kaidanow, unveiling the 2014 Country Reports on Terrorism.

“We must do more to address the cycle of violent extremism and transform the very environment from which these terrorist movements emerge.”

Acknowledging that most of the recorded attacks were in war zones, Kaidanow denounced the “savagery” seen last year which had spurred the high death toll.

Kidnappings also jumped by a third, with more than 9,400 people taken hostage, three times as many as in 2013. Ransoms have been used by both IS and Al-Qaeda as an effective way to raise money.

But Kaidanow said the numbers did not tell the whole story, saying the US has been effective over the past year in building up a coalition to help fight militant groups, choke off funding and stem the flow of foreign fighters.

“This is a not a battle that the United States can undertake alone,” she insisted, as State Department spokesman John Kirby said it was a fight which is “going to take about three to five years.”

IS and Al-Qaeda remained “nimble networks” and even as the US worked to defeat them “they find ways to adapt and to try to overcome,” he said.

Despite talks aimed at curtailing Iran’s nuclear ambitions the Islamic republic has also failed to halt its backing for militant groups such as the Lebanon-based Hezbollah, and Hamas in the Gaza Strip.

“Iran continued to sponsor terrorist groups around the world,” Kaidanow said, adding that Washington remained very concerned by activities carried out by the Iranian Revolutionary Guard “and its proxies.”

And she stressed that “we have sanctions in place against Iran specifically related to the terrorism issue. Thatâ€™s not going to change.”

In a stark assessment, the report said the number of global attacks was up 35 percent and “total fatalities increased 81 percent compared to 2013, largely due to activity in Iraq, Afghanistan, and Nigeria.”

In total 32,727 people were killed compared to 17,800 in 2013, according to the figures prepared by the National Consortium for the Study of Terrorism and Responses to Terrorism. A further 34,700 people were injured.

Islamic State militants “have brutally repressed communities under its control,” said Kaidanow, highlighting its “ruthless methods of violence such as beheadings and crucifixions intended to terrify opponents.”

“The ongoing civil war in Syria was a significant factor in driving worldwide terrorism events in 2014,” the report said.

In Iraq there were a total of 3,360 attacks in which almost 10,000 people died — almost a third of all those killed around the world in terror attacks.

But in a rare spot of good news, the report said that countries in East Asia and the Pacific had “continued to weaken the ability of terrorist groups to operate in the region.”

The Philippines witnessed a 24 percent drop in attacks.