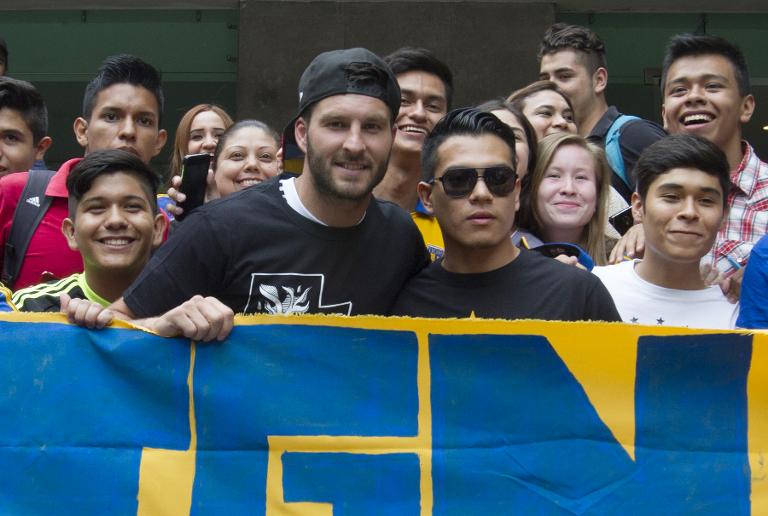 The former Marseille striker “is now part of our incomparable family,” the Mexican club said on its official Twitter account. “His heart and talent join our team to achieve great things.”

Gignac, 29, also tweeted: “Proud to be part of the tiger family… #GignacIsTiger”

The team did not provide details of the contract but French sports daily L’Equipe reported this week that he would sign for three seasons at four million to five million euros per year.

He received a hero’s welcome from Tigres fans when he landed on Thursday. He underwent medical exams on Thursday and Friday before signing his contract.

His arrival has raised expectations for the Tigres, which will play in the semi-finals of South America’s prestigious Copa Libertadores against Brazilian giants Internacional over two legs on July 15 and July 22.

The club is also competing in the North and Central American and Caribbean (CONCACAF) Champions League, while Mexico’s Apertura league season starts in July.

In addition to Gignac, the club beefed up its ranks this week by signing Nigerian international Ikechukwu Uche, who played for Spanish club Villarreal.

While he has made 21 appearances for Euro 2016 hosts France, scoring five goals, he was not called up by coach Didier Deschamps for the team’s recent international friendlies.

The Tigres, and Gignac, will fly to the Riviera Maya on the Caribbean coast on Sunday for pre-season training.