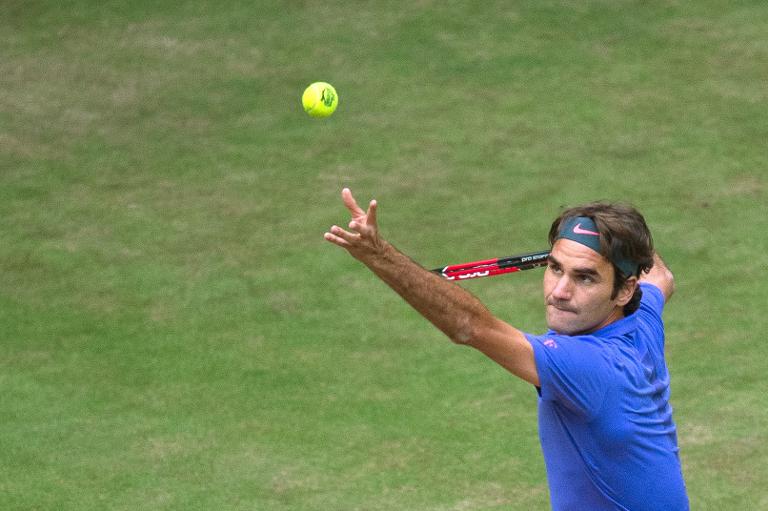 Seven-time champion Roger Federer on Friday reached the Halle semi-finals where he will face Croatian giant Ivo Karlovic who fired a record-breaking 45 aces in his last-eight clash.

World number two and top seed Federer defeated Germany’s Florian Mayer 6-0, 7-6 (7/1) as he continues his build-up to an assault on an eighth Wimbledon title.

Federer required just 19 minutes to take the first set against Mayer before going on to conclude the tie in a little over an hour.

The 36-year-old Karlovic, who stands 2.11m (6ft 11in) tall, won the match with the last of his aces and now has 94 on the Halle grass courts from three rounds of tennis.

“Iâ€™m extremely happy about the record,” Karlovic said of his battery of aces, a new record in a best-of-three set match.

“Hitting aces helps a lot, you can avoid the volleys. I was surprised when I was told on court after the match how many aces I hit. I didnâ€™t know it was that many. Hopefully I can continue like that in the semi-final.”

His record came just two days after Germany’s Sabine Lisicki blasted 27 aces in a match in Birmingham — a new record for the women’s tour.

Second seed Nishikori will next take on Andreas Seppi after the Italian’s opponent Gael Monfils, the 16th-seeded Frenchman, retired from their quarter-final with a leg injury suffered when he slid into a courtside advertising board.

Last year, after beating Monfils in the quarters, Nishikori was defeated by Federer, who went on to win the tournament for a seventh time.