Home Sports Brazil's Neymar out of Copa with four-match ban 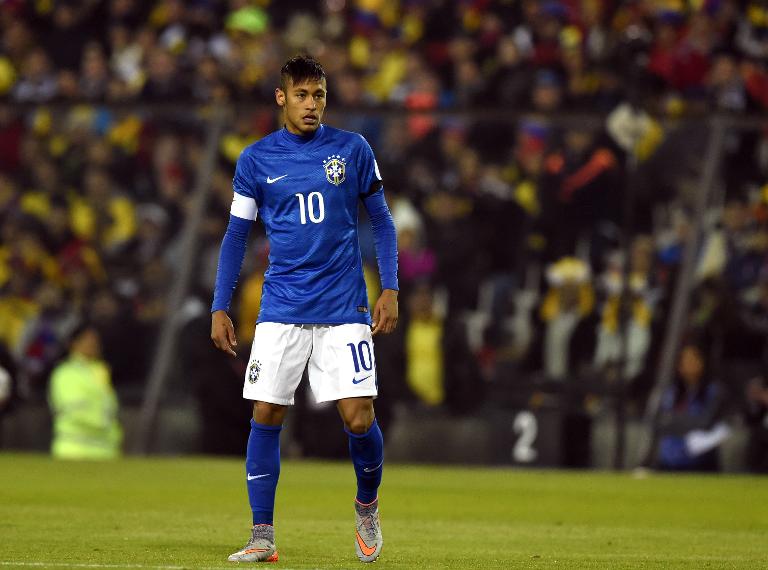 Brazil captain Neymar was sensationally thrown out of the rest of the Copa America after being hit with a four-match ban for headbutting a Colombian opponent.

The Brazilian ace was shown a red card after appearing to aim a headbutt at Colombian goalscorer Jeison Murillo when an ugly brawl erupted after the final whistle of a stormy Group C game.

Neymar had already been given a provisional one-match suspension, ruling him out of Brazil’s final group tie against Venezuela on Sunday, after collecting his second yellow card of the tournament.

But while a heavier sentence was always possible at Friday’s hearing, few had predicted that tournament chiefs would throw the book at the Barcelona striker, one of the most recognisable stars of world football.

Neymar, who was also fined $10,000, can appeal the punishment. But unless the ban is reduced it means he has played his last game of the tournament, with Brazil having a maximum of only four games left.

Neymar’s shock early departure from the competition marks a stunning fall from grace for the young forward, who had been carrying his nation’s hopes as they chased a first Copa America crown since 2007.

There was already bad blood between Neymar and the Colombian team heading into Wednesday’s match.

However Neymar arrived in Chile brimming with confidence and good form following a starring role in Barcelona’s treble-winning season, scoring the final goal in the Spanish giants’ Champions League victory over Juventus in Berlin on June 6.

The Brazilian was also in sparkling form against Peru in his country’s opening game of the tournament, scoring one goal and setting up an injury-time winner for the five-time world champions.

The 1994 World Cup-winning captain had put a brave face on the absence of Neymar before the four-match ban was confirmed.

“We have played without Neymar before. We have to be ready,” Dunga said.

Neymar had earlier slammed the performance of Chilean referee Enrique Osses, saying after the Colombia match: “The rules are always used against me.”

Neymar’s team-mate Dani Alves had also accused Osses of trying to be “the star” of the game.

“Referees have to stop thinking that they are the stars, the stars are not them — they are there to control the game,” Alves fumed.

“We are used to this in South America — everyone here is against Brazil.”

Alves also accused Colombia’s players of setting out to provoke Neymar as part of bad blood lingering from the World Cup.

“They know the personality of Neymar and they went in search of him,” he said.

“They tried to provoke him and make him nervous.”