Home Politics Voter will teach a lesson to anyone who 'abuses power': Advani 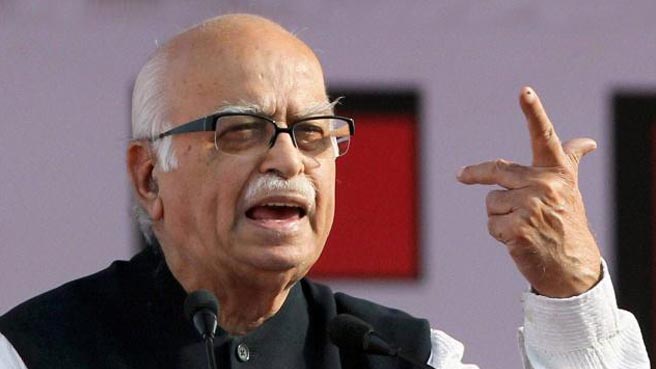 New Delhi: VeteranÂ BJPÂ leader L K Advani, who created a flutter on Thursday with his apprehensions of Emergency again in India, on Friday said, “anyone who comes to power doesn’t want to lose it” and warned that the voter will teach a lesson to anyone who “abuses power”.Â

He also said that the best safeguard against mischief is the voter.Â

“Right,” Advani said when asked by an anchor of leading daily whether the Indian voter will teach a lesson to any politician who may have delusions of power or a desire to abuse his power.Â

The BJP patriarch said Emergency cannot be imposed in India for a second time easily but added a word of caution that “those who have power or those who are likely to be in power, their susceptibility would always be greater”.Â

Referring to his remarks to the Indian Express where he said that, “at present, the forces that can crush democracy are stronger” was made against the backdrop of the present context, the BJP patriarch sought to dismiss any speculation.Â

“I do not know whether I used stronger. I simply said strong….What surprises me and what distresses me is that those who have imposed such a drastic Emergency in the country do not have any sense of guilt for that. It is this that distresses me,” he said.Â