Home Sports Volvo Ocean podium battle down to the wire 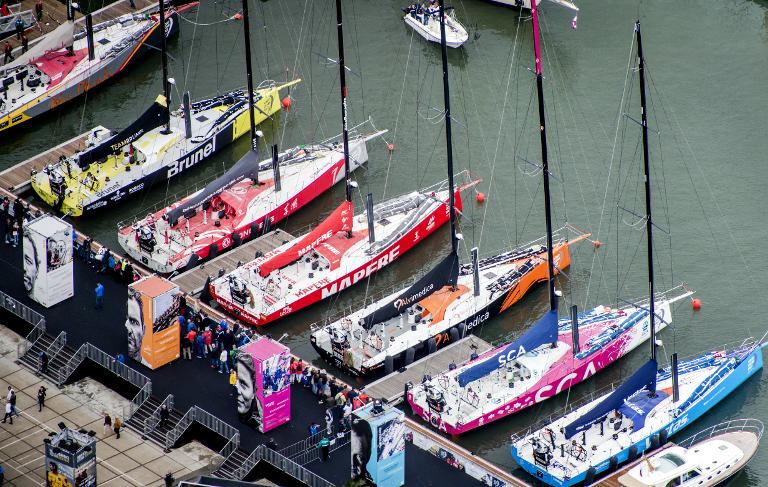 A pit stop in The Hague has left the final leg of the nine-month Volvo Ocean Race perfectly poised with two podium places set to be decided on the final day of the offshore marathon.

Those four teams are all battling to join Abu Dhabi Ocean Racing in the top three at the end of the race in Gothenburg, Sweden.

The Emirati boat has an unassailable lead of eight points and was fifth of the seven teams to reach The Hague early on Friday morning.

If the positions remain the same by the time the fleet reaches leg nine destination Gothenburg, then Team Brunel and Dongfeng would tie for second place on 31 points and MAPFRE and Team Alvimedica would be locked together in joint fourth on 34.

The eventâ€™s final race, an in-port race in Gothenburg, on Saturday, June 27, would then split those ties.

â€œItâ€™s an amazing prospect that after racing for 38,739 nautical miles (nm) since last October and visiting 11 ports around the world, four of the seven boats would end up with exactly the same points and weâ€™d be down to a sudden-death, in-port race showdown on the final day,â€ said Jon Bramley, the raceâ€™s news and media director.

â€œThis race has been so closely fought all the way and this ninth and final leg is following the same pattern.â€

The fleet has a short pit stop in The Hague before resuming the leg in the order they finished from Saturday morning at midday local time (1000 GMT). The times they finished in would dictate when they set sail again for Gothenburg, some 480nm away.

The seven-strong fleet is expected to arrive in Sweden some time on Monday afternoon.