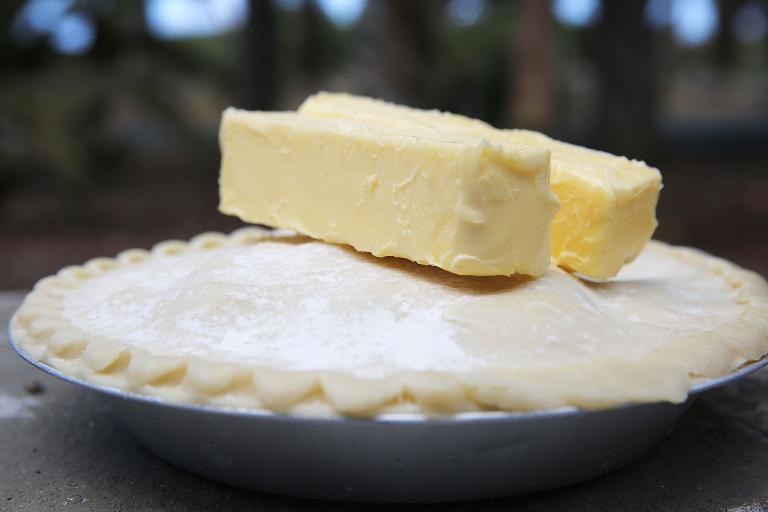 The Jarosch Bakery has been supplying goodies for more than 50 years, winning special renown for its butter cream frosting and for butter cookies with an extra tender texture.

But those treats and an array of lip-smacking others face an uncertain future after US regulators this week announced a ban on partially hydrogenated oils (PHOs), or trans fats, a key ingredient in shortening used for many confections.

“It will certainly cost us some money to reformulate,” said Kenneth Jarosch, who plans to scour his suppliers for shortenings made with alternative oils before the ban takes effect in 2018.

But Jarosch, whose grandfather and father started the business in 1959, also fears customers will not like the change.

“It will have an effect on the taste and texture and that’s what we’re all about,” Jarosch told AFP by telephone from suburban Chicago.

“And that’s what distinguishes us from Walmart and Costco and, if that goes down the drain, we’re going to be in a world of hurt.”

On Tuesday the US Food and Drug Administration, in a long-telegraphed move, announced that PHOs, the main source of industrially produced trans fat, would be barred from the US food supply starting in June 2018, saying the shift would save thousands of lives.

PHOs are not “generally recognized as safe” due to their role in heart disease, the FDA said.

FDA officials say even very small quantities of trans fats can add up to dangerous levels and will not permit the ingredient without an exemption.

The food industry like PHOs, which are made in an industrial process by adding hydrogen to vegetable oil.

Trans fats allow foods to remain solid at higher temperatures, provide texture to icings and other foods and have distinctive flavors that are desirable in fried foods. They can also increase the shelf life of baked goods.

But after extensive research, the FDA said it was banning a dangerous ingredient which carries no health benefits.

Food manufacturers were required starting in 2006 to include trans fat information on nutrition labels, a move credited with cutting US trans fat consumption by nearly 80 percent.

After the FDA released a preliminary version of the PHO ban in 2013, they came under heavy fire from the processed food industry, including the Popcorn Institute, the National Frozen Pizza Institute and the International Chewing Gum Association, which called the plan “misguided and overly broad.”

Some commentators said the ban would boost use of likewise unhealthy substitutes high in saturated fats. And critics link the production of one PHO substitute, palm oil, to deforestation.

General Mills, ConAgra and others sought unsuccessfully to persuade the FDA to impose very low caps on PHOs, rather than a total ban.

General Mills cited “significant technical challenges” in replacing PHOs for certain items “for which there are few or no suitable alternatives,” such as tailored shortenings used in pastries, cakes and icings.

ConAgra Foods complained that PHOs were an ingredient “that has been safely and commonly used in food for over 50 years.”

However, both companies accepted this week’s FDA announcement.

“We have already removed trans fats from a great many products,” said a General Mills spokeswoman. “While the work remains challenging, we are striving to remove trans fats from all of our products across the board.”

“We pride ourselves on making high-quality, wholesome foods,” a ConAgra spokeswoman said. “We began our transition away from partially hydrogenated oils years ago and we will continue to work diligently to comply with FDA’s final determination.”

Some foodmakers are holding out hope for FDA exemptions.

Roger Lowe, a spokesman for the Grocery Manufacturers Association, said he plans “a voluminous” application to seek approval for use of trans fats as a food additive.

At Jarosch Bakery, an exemption could permit the use of cupcake sprinkles that have trans fats. But Jarosch is not holding out hope for an exemption for the far more important shortening.

“What kind of ticks me off about the whole legislation is I think it should be up to the customer to decide,” Jarosch said.

“I would have been in favor of us having to post stickers that say ‘eating this could be hazardous to your health’ and letting the customers decide,” he said.

“Cigarettes are still legal and yet trans fats or shortenings are illegal. Go figure.”