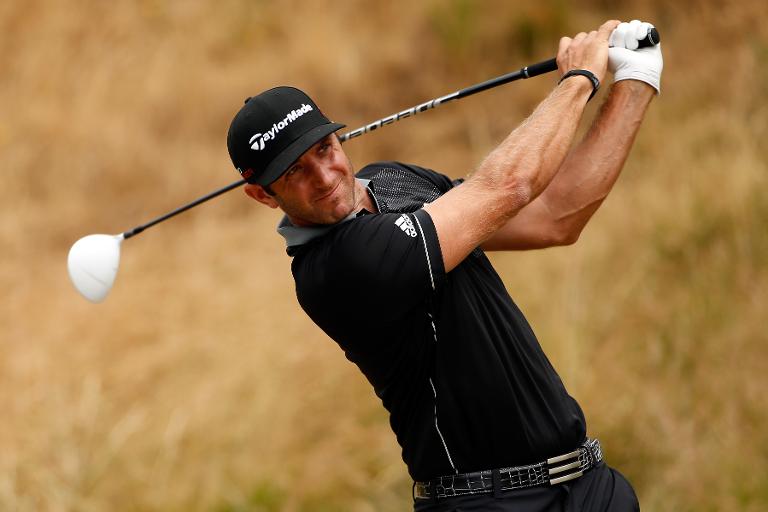 Henrik Stenson and Dustin Johnson took full advantage of perfect morning conditions to fire five-under 65s and take a share of the US Open first round lead at Chambers Bay.

On a day when Tiger Woods took another battering, the Swede and the American, both striving for a first major title after several near misses, ended up with a single stroke lead over the rest of the field.

Young American Patrick Reed was solo in second after a 66, with countrymen Matt Kuchar, Ben Martin and amateur Brian Campbell a further stroke back as home golfers dominated the top of the leaderboard.

Masters champion Jordan Spieth struggled early on, but three straight birdies from the 11th spurred him on to a satisfying 68.

Among a large group tied on two under with Spieth were Australian Jason Day, Scotland’s Marc Warren and American Jason Dufner.

World number one and tournament favourite Rory McIlroy had less to be pleased about as four bogeys on the day meant he had to settle for a two over 72.

But it was the horror show from fallen great Woods that had many fans gasping in surprise as he carded a 10-over 80 – his worst ever US Open showing and the fourth worst of his professional career.

The 30-year-old American Johnson had six birdies against one bogey in a round that made a mockery of fears that the 7,526-yard monster links-style course south of Seattle would be impossible to tame.

Having taken six months off last year to deal with unspecified “personal issues”, the South Carolinian has come close in all four majors, but has fallen agonisingly short of a maiden win.

He had a chance to equal the record low first round score at the US Open with a birdie at the par-three last, but he hit his tee-shot into a tough bunker and failed to get up and down.

“I just made a bad swing on nine and that it was the only bad swing I made all day,” Johnson said.

Stenson then joined him on 65 with a monster putt at the last in a round that had seven birdies and two bogeys.

“It was a good day out there for me,” he said. “I played as solid as I have played all year and rolled in a couple of putts there on the last two holes.”

McIlroy, seeking a fifth major title and second US Open crown at the age of 26 said that it had been a “frustrating” day for him.

“Especially how I felt I hit the ball from tee to green. I drove the ball great. I hit my iron shots very, very well.

“Missed a couple of shortish putts on the last few holes there and definitely thought it was a day where you could shoot under par and I didn’t take advantage of that.”

Woods, a 14-time major winner, who has struggled badly all year long in search of his former greatness, was all over the place at times and only some grim scrambling prevented his score form being even worse.

He had seven bogeys and one triple through 14 holes before he finally bagged his first birdie of the day.

But another bogey at the last handed him an 80 that leaves him with a mountain to climb just to make the cut.

“It was a tough day,” he said. “Got off to bad start and then just couldn’t quite get it turned around today. I tried as hard as I can to do that, but for some reason I just can’t get the consistency out there.”

Playing partner Rickie Fowler fared even worst with an 81 that wrecked his hopes of a first major title.

Wood’s old arch-rival Phil Mickelson, trying to win a US Open at 45 after six runner-up finishes, competed well for a 69.

And there was praise for the two oldest players in the tournament – Colin Montgomerie and Miguel Angel Jimenez, who both had 69s.

But the 51-year-old Scot, who won the US Senior Open last year, joined a chorus of criticism over the state of the Chambers Bay greens.

“The greens are very, very poor. The quality of the surface of the greens is extremely poor. That is going to take away the consistency of the putts,” he said.

“The 10-footers that you see people hole all the time, that wonâ€™t be happening this week. The greens are extremely poor.”

Playing at between 7,300 and 7,700 yards, depending on the conditions, the course is more of a British Open seaside type course than a traditional US Open venue, with its dunes and bunkers, bouncy, undulating fairways, blind shots and large, rolling greens.

But unlike the classic British Open venues, it has a huge elevation from the lowest to the highest point of the course, opening and closing holes which can either be par-four or par-five and oddly-sloping tee zones