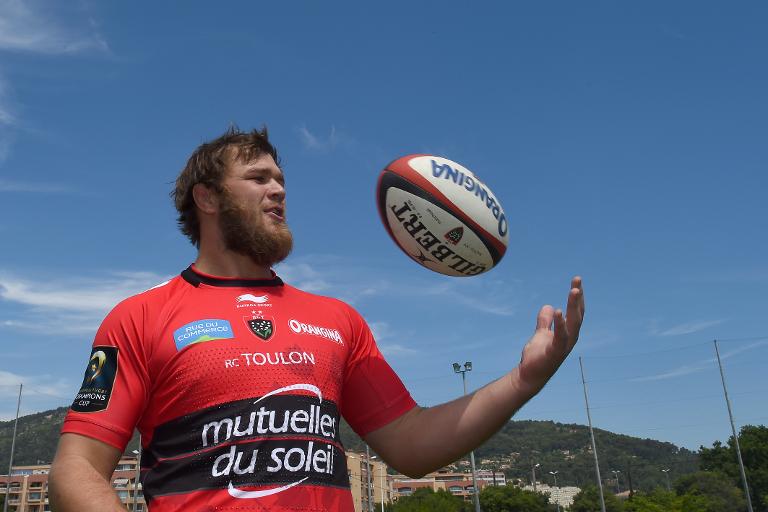 The 28-year-old No.8 penned a three-year deal with the French giants after seven years with Super 15 side Stormers in Cape Town.

He will join up with his new teammates once the World Cup finishes on October 31.

However, the 108kg, 1.95m giant admitted that a neck injury almost put paid to his hopes of featuring at the showpiece event in England.

“I had a neck injury and I had pain which went into my shoulder and down into my arms,” said the 29-cap Vermeulen.

“But now everything is fine and I hope to be back on the pitch in two to three weeks.”

Vermeulen said he opted for Toulon after talking to international team-mates Bakkies Botha and Bryan Habana, both on the books of the club.

He also said he wanted a change of lifestyle for himself and his family.

“It’s a new challenge in my playing career and in my personal life. I am coming with my family. It’s a new culture and a new language to learn.

He added: “I talked with Bakkies Botha and Bryan Habana before coming. They told me about the way the club functions and the life here.

“Toulon is a great rugby place and the team has great players with a winning culture, In three years, Toulon will win everything and I want to be part of the adventure.”

Before the World Cup and his switch to the Top 14, Vermeulen still has work to do.

His club side are already into the Super 15 play-offs while South Africa have the four-nation, southern hemisphere Rugby Championship to play.

At the end of August, the Springboks will start their preparation for the World Cup which starts on September 18.