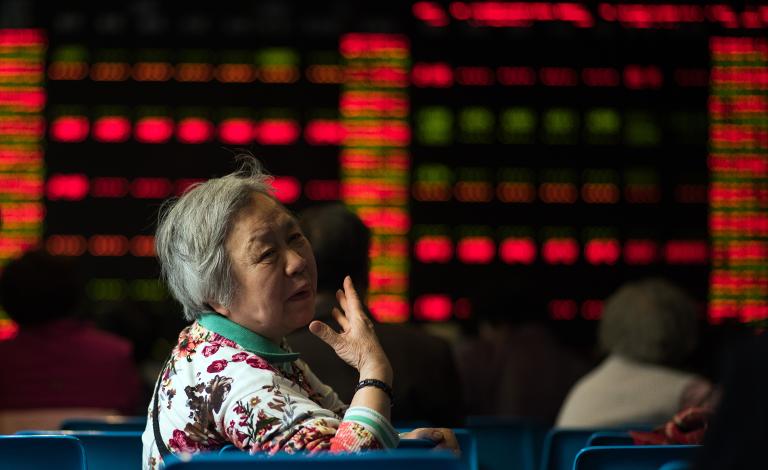 Shanghai shares plunged 6.42 percent on Friday, ending a torrid week as the benchmark index was hit by tight liquidity and profit-taking after a powerful surge over the past year.

However, Hong Kong added 0.25 percent, in line with a broad Asia-wide rally.

“We may be close to the end of the correction as the tone of loose monetary policies isnâ€™t changed. We may see cuts in interest rates or reserve requirement ratios again as the economy is still sluggish,” Zhang said.

A total of nine companies on Friday issued new shares for subscription, which usually drains funds away from the existing market. The regulator approved 24 initial public offerings earlier this month.

“The new share offers are part of the direct causes for the market selloff today and it is very likely this is a mid-term market adjustment,” Haitong Securities analyst Zhang Qi told AFP.

Shares in Shanghai have soared about 140 percent over the past year as mainly retail investors piled into the market on hopes China’s leaders would unveil a series of economy-boosting measures to kickstart sluggish growth.

However, while officials have cut interest rates twice and reduced the amount of cash banks must keep in reserve, there are growing worries some firms are far too overvalued.

â€œI would not be too surprised if the correction goes deeper than anticipated,â€ Hao Hong, Hong Kong-based head of China research at Bocom International Holdings, told Bloomberg News.

Traders in the southern Chinese city took their lead from Wall Street, which analysts attributed mostly to the Federal Reserve’s announcement Wednesday and a pledge from chair Janet Yellen that it will only gradually raise interest rates.

The comments eased worries about a sharp rise in borrowing rates in the world’s top economy and key driver of global growth.

However, gains were tempered by worries about Greece’s troubled debt reform talks after a meeting of eurozone finance ministers collapsed Thursday with no agreement.

There are growing fears that a deal on restructuring Athens’ bailout will not be agreed before a June 30 deadline, meaning it will default on a repayment and possibly crash out of the eurozone.