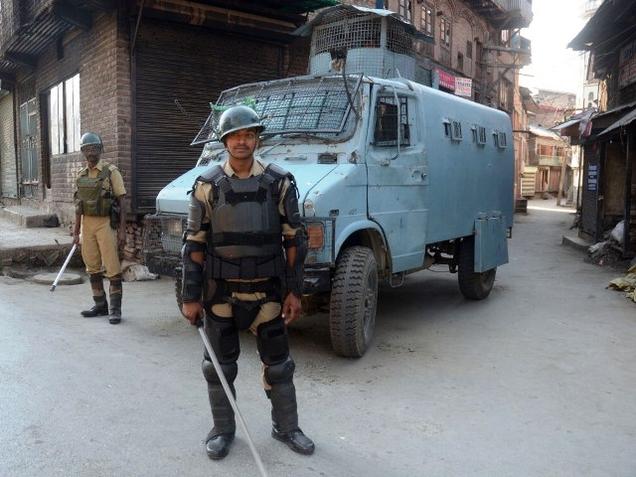 Srinagar: Authorities on Friday imposed restrictions in parts of Srinagar and north Kashmir to prevent separatistsâ€™ plan to visit Sopore where militants have shot dead six persons in the last three weeks.

Restrictions were imposed in Khanyar, Safakadal, Nowhatta, Rainawari, M R Gunj and Kralkhud areas of downtown Srinagar as a precautionary measure to maintain law and order, a police official said.

He informed that restrictions were also imposed in Maisuma police station area near Lal Chowk and Parimpora, on the outskirts of the city, which connects the highway from Srinagar to Sopore in north Kashmir.

Also, curbs on the movement of people were put in place in Sopore Township, 50 km from Srinagar.

Authorities on Thursday placed under house arrest top separatist leaders to prevent them from visiting the town.

JKLF, Hurriyat faction led by Geelani and Mirwaiz, had announced their plans to lead a joint delegation to Sopore to express solidarity with the families of those killed by gunmen since May 22 this year.

Militants have shot dead six persons, including separatist activists and former militants, in Sopore over the past three weeks, leading to fear among the residents of the north Kashmir town.

Police has announced a reward of Rs. 10 lakh each for information leading to arrest of two militants believed to be behind the killings.