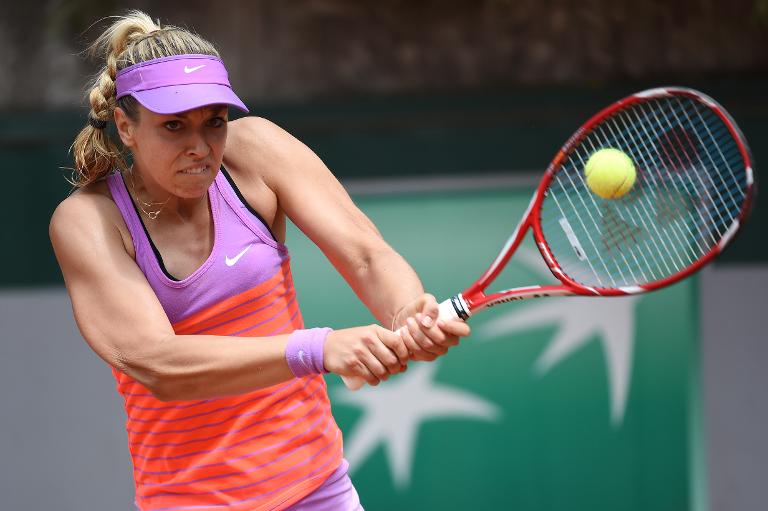 Sabine Lisicki, the record-breaking German who would love to atone for her tearful loss in the 2013 Wimbledon final, produced another stunning grass-court performance to reach the Birmingham quarter-finals.

On Wednesday, she launched 27 aces, a record for the WTA Tour, while beating 18-year-old Belinda Bencic.

Twenty-fours later, she hit another eight plus a high proportion of winners as she won 7-6 (9/7), 6-4 against Magdalena Rybarikova, a former title holder at the WTA event.

Lisicki, who also holds the record for the fastest womenâ€™s serve — 131 mph — hits her ground strokes as hard as anyone on the tour too, which dragged a resilient and imaginative performance from her Slovakian opponent.

Rybarikova used her a natural grass court playerâ€™s skills with slice, varied serving and volleying, and after breaking back from 4-2, held three set points in the first set tie-breaker.

But Lisicki played two of them excellently, was donated a double fault on the third and, after closing the set out with another fierce first serve, broke early in the second.

“I actually did feel in control,” said Lisicki, whose consistency has sometimes been called into question.

Her confidence has also appeared to rise with her last two performances.

Lisicki now has a repeat of the final she won four years ago against Daniela Hantuchova.

The experienced Slovakian won 6-4, 7-5 against Michelle Larcher de Brito, who halted the titleholder Ana Ivanovic in the first round.

Karolina Pliskova, the tall and promising sixth-seeded Czech, won twice in the day -â€“ against Britain’s Johanna Konta and Kazakhstanâ€™s Zarina Diyas — to earn a quarter-final with Carla Suarez Navarro, the third-seeded Spaniard who appears to be adapting her clay court instincts to grass.

Navarro has also gained more wins on the WTA Tour than anyone else this year, and her 6-3, 6-4 success against Svetlana Kuznetsova, the twice former Grand Slam winner form Russia, was her 35th.

Her 6-1, 6-3 win against Klara Koukalova of the Czech Republic earned her a meeting with Kristina Mladenovic, the cosmopolitan Frenchwoman with the big serve and the liking for grass, who has now beaten two seeds.

Of Swiss domicile and Serbian parentage, Mladenovic produced another nicely-judged tactical performance to beat Barbora Strycova, the tenth-seeded Czech who was last yearâ€™s runner-up, by 7-6 (7/4), 6-2.

It followed an even better victory on Wednesday against the Wimbledon finalist Eugenie Bouchard, the fifth seed, in which Mladenovic reduced the high profile Canadian to “absolute frustration”.

Friday’s other quarter-final is between Katerina Siniakova, an unseeded Czech, and Angelique Kerber, the tenacious fourth-seeded German who saved four break points in the sixth game against Jelena Jankovic, before accelerating to a 6-4, 6-2 victory over the former world number one.